on January 21, 2015
The Sandy Hook conspiracy continues to live on 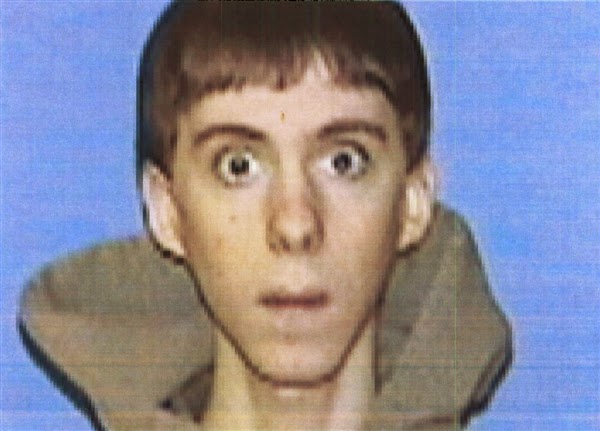 Earlier today, the Newtown Legislative Council voted to tear down the Yogananda Street home where Adam Lanza lived with his mother Nancy, whom he allegedly murdered on the morning of December 14, 2012, before allegedly murdering 20 students and 6 educators at Sandy Hook Elementary School.

Yes, we say allegedly because, more than two years after the event, very few of the persistent questions involving Sandy Hook have been answered, while strange doings continue to take place in this otherwise sleepy and unimportant Connecticut town. For instance, the powers-that-be have yet to produce even one frame of video surveillance footage placing Lanza at the school on the morning of Dec. 14, nobody can explain why no one ever heard the shots that killed Nancy Lanza, why Sandy Hook hired fake teachers, or whatever happened to the girlfriend of Adam Lanza who was referred to by numerous media outlets on the morning of the shooting. No one has satisfactorily explained why local officials deemed it necessary to patrol school grounds with armed guards until the "crime scene" was destroyed, why Lanza's SSDI records originally listed his date of death as December 13th, why older brother Ryan seems to have mysteriously disappeared from the face of the earth, why FEMA and DHS funneled millions of dollars into the Newtown area months before the shooting, and why nobody has held the media responsible in spite of the web of lies which constituted "journalism" in the days following the incident-- an incident which millions of skeptics around the world continue to believe was a "false flag" event staged in part, or as a whole, by the government.

Sorry, Dave, but us skeptics are having a hard time moving on as well, since it seems that just about every story that has come out of Newtown since 2012 contains enough conspiracy talk fodder to set off the bullshit detectors of every single Sandy Hook "Truther" from Alaska to Zimbabwe. You could even say that it appears as if every decision made by Newtown officials is a blatant, ham-fisted attempt to systematically destroy any possible shred of evidence that might exonerate Adam Lanza, or cast doubt on the official narrative of what took place. Take the demotion of the elementary school, for instance, in which demolition workers were forced to sign draconian confidentiality agreements prohibiting them from talking about what they may have seen on school grounds. Likewise, everything inside the Lanza home, including rugs and lighting fixtures, have been removed and incinerated by authorities.

Of course, Newtown has every right to do whatever it likes to the Lanza home. The point is, however, that this decision will continue to stoke the fires of conspiracy, rather than to answer any of the questions which have been long ignored by the mainstream media. To prove this point, allow us to provide you with a list of the following landmarks that continue to stand today, in spite of being "a constant reminder of the evil that resided there". And, just like the Lanza home, these landmarks continue to haunt those "who walk, run, drive, ride or pass by them". 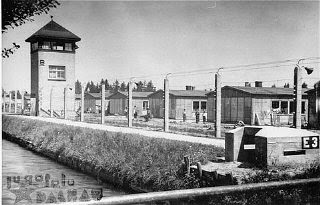 On March 22, 1933, shortly after Adolf Hitler had been appointed Reich Chancellor, a concentration camp for political prisoners was built near the Upper Bavarian village of Dachau. In its twelve years of operation, over 200,000 were imprisoned there. Of these, 41,500 were murdered- most after being brutally and inhumanly tortured.

Yet, even though the butchery at Dachau was 1,596 times more terrible than Sandy Hook, Dachau is still standing. The Memorial Site on the grounds of the former concentration camp was established in 1965, by request of the surviving prisoners. 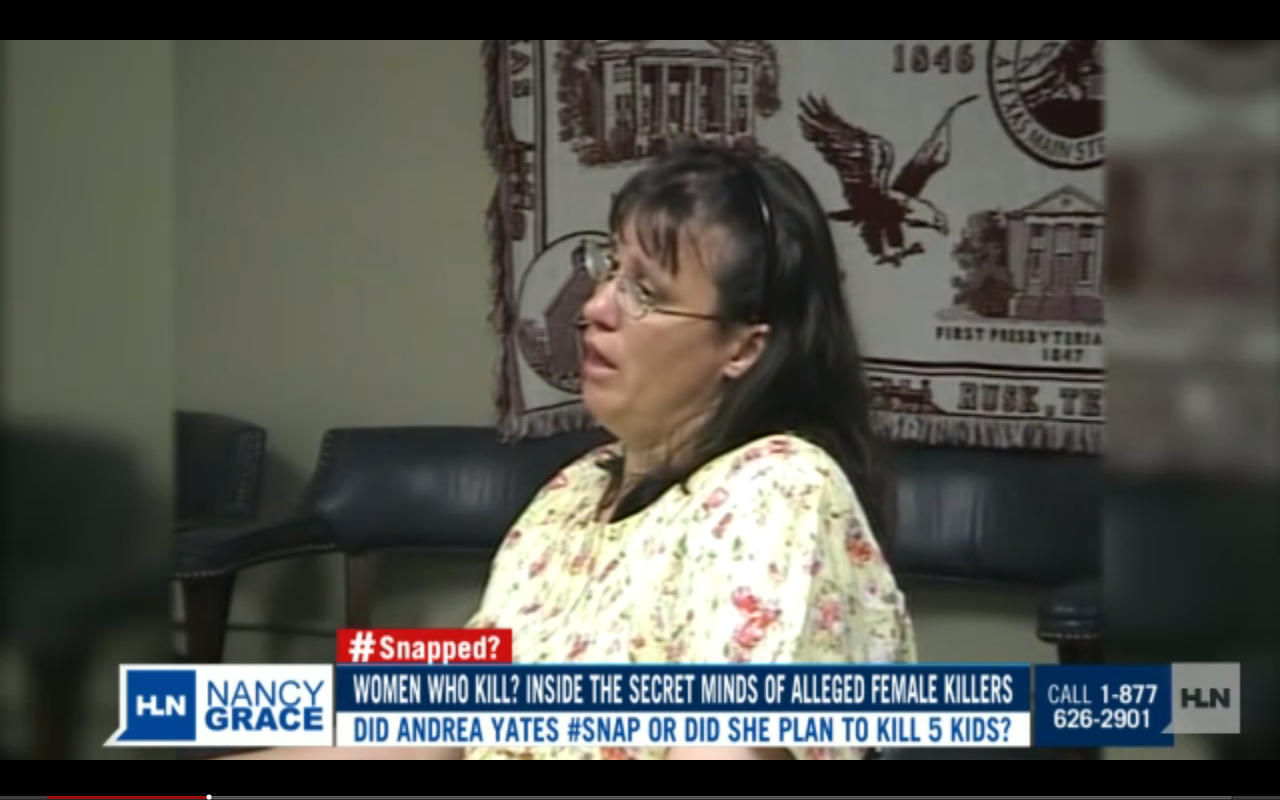 In 2001, Texas mother Andrea Yates drowned all five of her children in the bathtub of her Houston home at 942 Beachcomber Lane. Like Lanza, Yates was said to have grappled with mental illness. Unlike the Lanza home, however, local officials weren't hellbent on razing the property. Just three years after the heinous murders, the home was sold to Peter Muller for $87,000.

One thing the Yates and Lanza homes have in common is that they both attract their fair share of morbid curiosity seekers. Said Muller, who doesn't much mind the gawking tourists, "I don’t really care about [the home’s] history . . . It doesn’t really bother me.” (If only the whiny, overly-sensitive, self-entitled and easily-offended Newtown residents could be so chill). 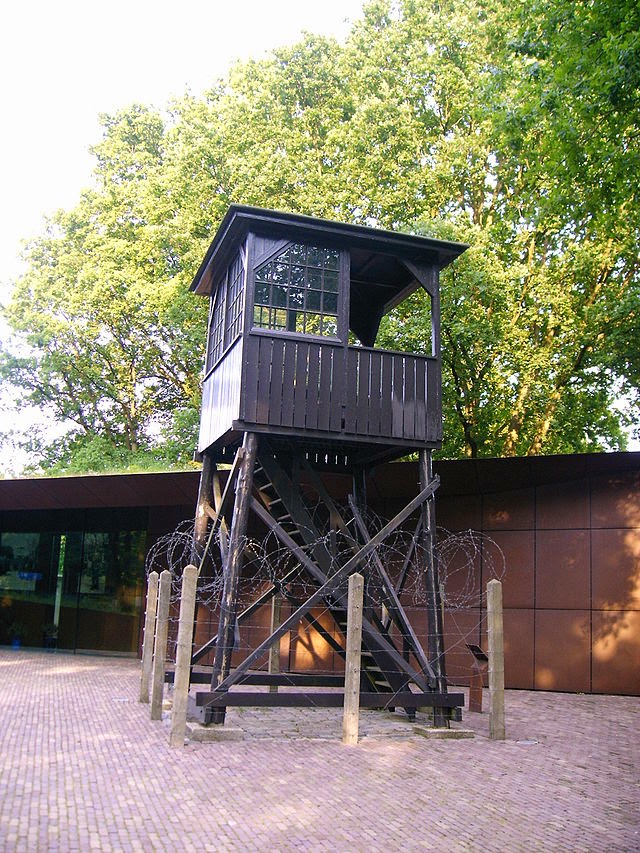 Amersfoort, a Nazi concentration camp located in the Netherlands, housed over 35,000 prisoners between 1941 and 1945, where beatings, rape, and sleep deprivation were the preferred tactics of the Nazis. But that was a walk in a park compared to the diphtheria, dysentery and tubercolosis which pervaded the camp and infected most of its inhabitants. Conditions at Kamp Amersfoort were so bad that Elie Cohen, a former prisoner, once said that "transfer from Amersfoort to Westerbork [another Nazi camp] was like going from hell to heaven." According to locals, screams from the death camp could be heard from miles away. Records do not provide an accurate number of those killed at Amersfoort, but it is easily in the hundreds.

While much of the camp was destroyed by Canadian forces, one of the original watchtowers still stands as a constant reminder of the violence which took place there. The ruins of other buildings, including the mortuary, can still be seen today. 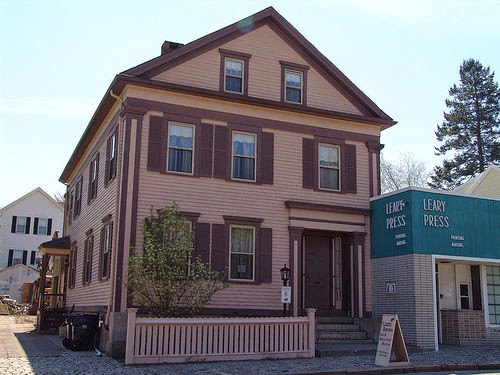 After one of the most famous dual murders of all time took place there in 1892, the residents of Fall River, Massachusetts didn't clamor to have the Lizzie Borden house torn down. Instead, they turned it into a quaint New England bed and breakfast. 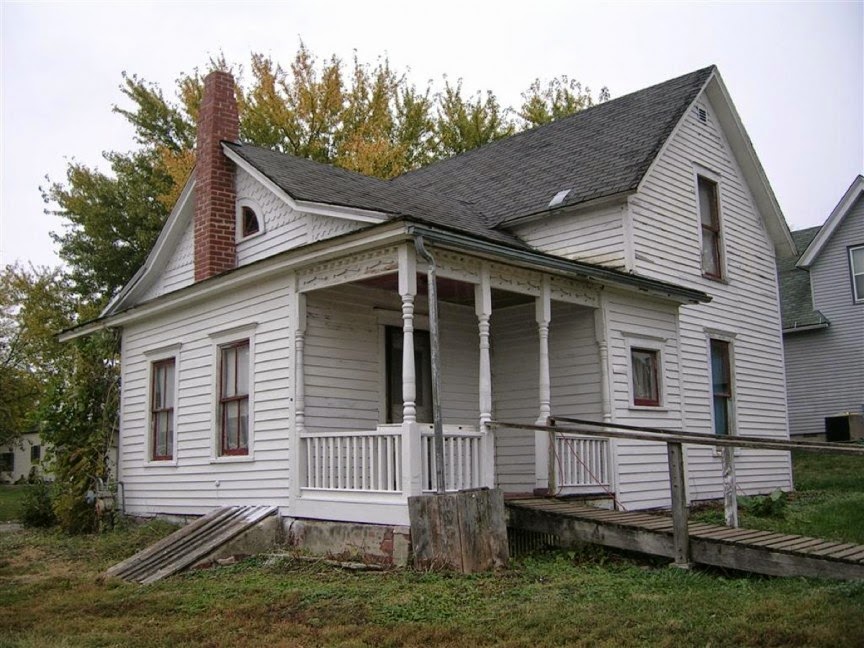 On June 13, 1912, J.B. Moore and his family, consisting of two adults and six children, were murdered in their beds while they slept. All were butchered with an axe, making this home in Iowa one of the most gruesome murder scenes still standing in America. To this day, the murders remain unsolved. The Vallisca Axe Murder House is not only still standing, but is open to visitors year round.

Our nation, and every other nation on earth, is home to hundreds, if not thousands, of still-standing homes, mansions, businesses, schools, labor camps, and other landmarks which have been visited by evil. What makes the Lanza home on Yogananda Street so unique? Surely, Jews who drive past Auschwitz (still standing) must feel uncomfortable when they see the place where more than a million of their race were tortured and killed. Neighbors still live across the street from homes where innocent victims were hacked to pieces with axes and hatchets. People still live in homes where other innocent children were drowned by maniacal mothers. Why are these places permitted to stand, while the Lanza home is condemned for the wrecking ball?

There can be only two possible answers. Either folks in Newtown are the most sensitive, PTSD-prone  pantywaists in the universe, or Newtown officials fear that somewhere in the cracks and recesses of the Lanza home may rest the last shred of physical evidence which they have not yet destroyed.