Why the next president of Russia will be hairy 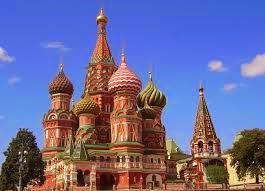 Since 1825 there has been a bizarre, yet remarkably consistent, pattern among rulers of Russia and based on this predictable pattern it's safe to say that the next Russian president will have a full head of hair.

When Nicholas I became the emperor of Russia in 1821, it was noted that the 29-year-old tsar was rapidly losing his hair; by the end of his reign in 1855, Nicholas had become quite bald. Alexander II, who replaced Nicholas, was rather hirsute by comparison, with a full head of hair and a majestic beard. Even at the time of his death at age 62 in 1881, Tsar Alexander II still had most of his hair. Yet his son, Alexander III, who became the next emperor or Russia, was noticeably bald. And through the rest of the 19th and 20th centuries, right up to the present day, this bizarre pattern of Bald Leader-Hairy Leader continues, with Putin and his thinning hair following in the footsteps of Dmitry Medvedev and his glorious coif.

While this strange pattern is fodder for much joking among Russia's political journalists, could this pattern be more than just mere coincidence? We're not sure, but our advice is that if you're placing bets on who will succeed Vladimir Putin after the next Russian presidential election in 2018, the smart money is on the guy with the most hair.

Below, you will find the likenesses of all Russian rulers from Tsar Nicholas I to Vladimir Putin, and you can see for yourself the strange bald-hairy pattern which has existed for nearly 200 years.