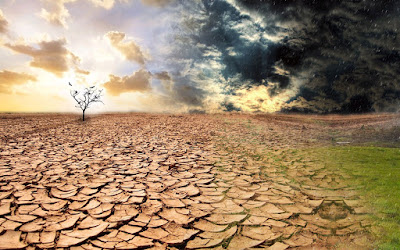 Have you ever found yourself stuck in traffic, wishing that a cataclysmic event would come along and reduce the global population by 25 percent, thus freeing up more space on the highway? Have you been stockpiling water, provisions and ammunition in your bomb shelter, just waiting for an opportunity to go hog wild and become your area's leading warlord? If you answered yes to any of these questions, then good news! You just may get your wish!

According to  a study recently published in the journal Science Advances, the Earth's Sixth Mass Extinction is already under way. And who's the blame for this fiasco? Why, that would be you, of course.

"Even under our assumptions, which would tend to minimize evidence of an incipient mass extinction, the average rate of vertebrate species loss over the last century is up to 114 times higher than the background rate."

While this may sound scary, the fact of the matter is that this so-called study appears to be nothing more than the typical global warming propaganda on steroids. This much can be gleaned from the last sentence of the study's abstract, which basically implies that unless we take extreme measures this very second to combat mankind's negative impact on the environment, the Earth just may become an uninhabitable, lifeless ball of mud and non-biodegradable water bottles by the time you finish eating your next lunch:

"Averting a dramatic decay of biodiversity and the subsequent loss of ecosystem services is still possible through intensified conservation efforts, but that window of opportunity is rapidly closing."

The study, helmed by a senior ecological researcher at the National Autonomous University of Mexico (Ceballos) and a biology professor at Berkeley (Barnosky), reports that 477 vertebrate species have been lost since 1900, and suggests that if not for humans, only nine species should've gone extinct during the same time period.

However, the study makes absolutely no mention whatsoever of the approximately 17,000 new species which scientists discover each year. In fact, on average, a new species is discovered in the Amazon every three days alone! Granted, most of these newly-discovered species are invertebrates, but based on current available statistics it would appear that of the 17,000 new species discovered annually, about 3,000 of them are vertebrates.

Even though this study appears to be frightening, it wouldn't be unreasonable for a researcher to publish an article claiming that we are not only NOT in the midst of a mass extinction, but appear to be in a period of time in the earth's history literally swarming with new life.

This study also fails to take into consideration numerous other vital points, the most important of which are:

Thousands of species have been renamed since 1900, thus resulting in confusion that may render any study on mass extinction irrelevant. Take the fish known as the danio, for instance. In the past few decades, hundreds of species of this fish have been re-named and/or synonymized. Synonymization is basically when a biologist says "Hey, this here paedocypris micromegethes sure looks a hell of a lot like paedocypris progenetica. Oh wait, they're the same damn thing."

This is important because it is highly probable that of the 477 species of vertebrates identified as extinct, some may have been the same animal named twice. Therefore, just one duplicate species on the extinction list would be enough to throw Ceballos and Barnosky's figures way, way off.

Even sixth-grade science students are aware that it's not uncommon for species long believed extinct to be re-discovered. Coelacanth, anyone?

Just like species synonymization, all it would take to blast apart the calculations of the Sixth Mass Extinction study would be the re-discovery of a single species currently believed to be extinct.

Skip the abstract and go right to the actual study itself, and you'll find all of the classic left-wing rhetoric disguised as science. The authors of this study are not only rabid global-warming fanatics, but also appear to make a few interesting revelations that reek of socialism. Yes, folks, the study blatantly states that not only are humans responsible for this great mass extinction, but that it's the handiwork of rich humans in particular:

"All of these are related to human population size and growth, which increases consumption (especially among the rich), and economic inequity. However, the window of opportunity is rapidly closing."

So, let's get this straight: What the authors are trying to say is that if not for rich folks consuming so many resources, the Paraguayan yellow-beaked ball snatcher would still be alive today, along with its brethren, the Eastern Himalayan barking tree spider and the Egyptian camel-toed salamander.

The bottom line is that the only thing that could make this so-called scientific study more illegitimate would be if it had been sponsored by ELF or another eco-terrorist group. And, for all we know, it very well might have been.