5 premonitions of death that defy explanation 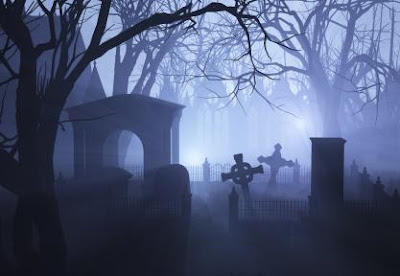 Can some people accurately forecast their own death? The historical record suggests that, yes, they can. While it may not seem remarkable for a 100-year-old human or someone with a terminal illness to predict the time and day of their demise, history records numerous cases of healthy and otherwise normal individuals who were able to predict their departure from this word with startling accuracy. Below are five examples.

On Sunday, July 15, 1883, the ten-year-old son of Judge J.D. Comstock from Colesville, New York, startled his parents by writing a note in which he declared something remarkable would soon take place. Although he was in perfect health, the boy died suddenly shortly thereafter and his funeral was scheduled for Friday, July 27 at 3 pm. Later that day the deceased boy's parents found the note the boy had written just days before and read it:

"Within twelve days after today, on Friday, at three minutes past 3 o'clock in the afternoon, something remarkable will happen". (Harrisburg Telegraph, August 9, 1883).

In February of 1880, a young and healthy man from Seneca Falls, New York, named George Edson was visiting his uncle in Port Byron. He awoke in his usual good health but in the morning decided to take off his gold ring and give it to his sister-in-law, stating, "Kate, take this ring and always keep it as a memento of me; it is the last gift you will receive from me, for I am going to die today." He then excused himself to visit some close friends, bidding each of them goodbye with tear-laden eyes. He then began making arrangements for his funeral, much to everyone's bewilderment. Later that afternoon he gave his brother instructions as to the disposition of his worldly goods.

At sundown, he was stricken by a lung hemorrhage and by ten o'clock the following morning he was a corpse. (Harrisburg Telegraph, February 10, 1880)

One of the most startling premonitions of death took place on Greenfield, Ohio, in the fall of 1896, when Jimmie Wickersham- who was not yet four years old- told his father that he was going to die. "Papa, I'm going to be sick, awful sick, and I'm going to die," said the young boy. Three days later, Jimmie Wickersham contracted a severe cold, which wasn't believed to be serious. In fact, the young boy appeared to be making a full recovery when his condition suddenly and inexplicably worsened. He died just five days after making his sad prediction, and just may be the youngest person on record who has ever predicted his own death. (Xenia Daily Gazette, November 4, 1896)

Charlotte Smith, from Annville, Pennsylvania, was a healthy and well-liked girl of sixteen when she approached her closest friends and asked them to serve as pallbearers at her funeral.

In February of 1905, Charlotte told a close friend that she knew she was going to die and went about making arrangements for her funeral, even though she appeared to be the model of health and vitality. Not more than a few days later she became ill and was diagnosed with symptoms of typhoid fever, but her physician changed the diagnosis not long afterward to meningitis. Her condition quickly worsened and death soon followed-- just two weeks after she announced her strange premonition. (Lebanon Daily News, April 3, 1905)

5. Man tells employer that he has to go home to die.

In most cases, one's premonition of death comes just days before the end, but the strange case of Carson S. Surles is remarkable because he was able to forecast the very day of his demise-- nearly three decades before it happened.

For 25 years, Carson Surles of Dunn, North Carolina, had been telling friends and relatives that he was going to die on July of 1940. Surles was so sure of his prediction that, in 1939, he hired an undertaker and bought a cemetery plot. In the spring of 1940 he chose a preacher and began making his funeral arrangements. He visited all of his friends and wished them farewell.

Surles left no detail unattended; three days before his death he visited his own grave and cleared away the weeds from around his headstone. On Saturday morning, July 27, he told his employer that he had to leave work. When his employer asked why, Surles informed him that this was the day he was going to die. He went home and died at 2:20 pm. His physician, Dr. J.R. Johnson, was unable to determine the cause of death, and ruled suicide "impossible". (Mason City Globe-Gazette, July 29, 1940)

What is the mechanism that informs some of us that we are about to die? There have been hundreds, if not thousands, of cases of elderly men and women who were able to pinpoint the time of their death hours or days before it happened, but one can easily argue that these individuals simply knew their bodies well enough to make an educated guess.

But what about the case of little Jimmie Wickersham, the three-year-old boy who prophesied his death? Or the ten-year-old son of a prominent judge whose prediction pinpointed the exact minute his funeral would begin, even though the note containing the prophecy wasn't discovered until after he was already buried?
The five cases listed above seem to point to a force much more mysterious than intuition or being in tune with one's own body. It's almost as if these five people, none of whom were ill at the time of their premonitions, had been given a warning by something-- or someone-- that defies all possible explanation.


Marlin Bressi is a freelance writer, creator of the Pennsylvania Oddities blog, and author of the book Hairy Men in Caves: True Stories of America's Most Colorful Hermits.
death premonitions