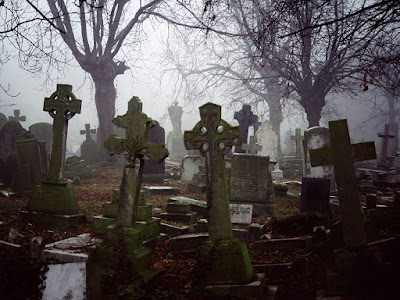 When two different people have identical dreams, it is a strange and uncommon occurrence. But when a dead father appears in the identical dreams of his two sons-- imploring them to follow him to the grave-- it is even more bizarre. But the story doesn't end there; one son grew gravely ill and died just days after the incredible dream, making the following story, which appeared in the Bamberg Herald on June 19, 1913, one of the most bizarre tales we have ever encountered.

The death dreams of Joseph H. Freedman and Max Freedman, brothers, of New Brunswick, N.J., followed by the passing away of Max, were discussed with awe in that city by many people for days.

Ten days ago Joseph dreamed vividly that the spirit of his dead father appeared and begged him to join him in the grave. This dream neither he, his wife nor any other member of the family told to Max, who was dangerously ill of a kidney disease.

But his wife told Joseph's wife of a dream the sick man had had and Mrs. Joseph Freedman was startled nearly into hysterics, for in every detail it was the same ghastly dream that had come to her husband the week before.

Not merely did each man dream of the spirit of the dead father calling him, but the words spoken by the spirit were the same on both occasions. Joseph Freedman is a produce wholesaler at 131 Burner Street, New Brunswick, a man not given to superstition. Max was equally practical.

One morning about ten days ago Joseph came to the breakfast table looking so pale his wife asked if he were ill. He told her he was still feeling the effects of a dream. A gray, gauzy apparition had appeared to him, had stretched out entreating hands and had said:

"Come with me, Joe. Come and we'll lie down together up there under the grass, where we can sleep and nor know or care what the striving men are doing in the world. Learn with me the wonderful things that have come to me since I have passed to where knowledge really is."

Freedman said he told the apparition that he did not want to die, as it would be cruel for him to do so and leave his wife and children unprotected. When that plea was made the ghost vanished.

"It is hopeless, Max is going to die! That can only be the meaning of the dream he had two nights ago. He saw his father's ghost and the old man urged him to join him in the grave."


Of course, this astonishing story raises numerous questions about the afterlife. How lonely must the afterlife be if a father's spirit begs his own children to embrace death? And by what strange mechanism can a spirit of the dead identically appear in the dreams of two different men? The ramifications are troubling, to say the least, and this odd but true story may very well prove that the life we live after we die may not even be worth living at all.
afterlife Beyond the Grave dreams ghosts New Jersey Strange History