"My Strangest Experience": Encounter with a Shadow Being 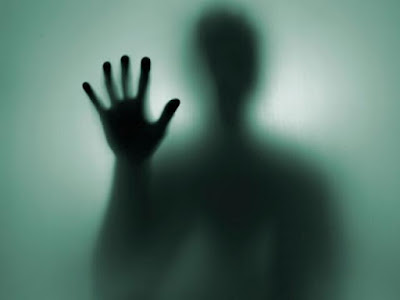 Every so often, a reader sends us a story so chilling that we feel compelled to share it with our audience. The following story, sent to us by Glenn from Cherry Hill, NJ, involves a late night encounter with a shadowy being of unknown origin.


In the fall of 2002 I moved from Harrisburg, Pennsylvania, to St. Lawrence County in upstate New York. It was a move that was made gradually, involving numerous seven-hour-long trips back and forth, cramming as many boxes and bags as I could into the hatchback and backseat of my Pontiac Firebird.

If you've ever made the long journey from Harrisburg to Canton, New York, you already know how mind-numbingly exhausting the trip can be. Once you leave Interstate 81 at Watertown and hop onto Route 11, you encounter long stretches of thirty or more miles at a time on a lonesome two-laned highway without passing through a single town. Sure, you'll see signs every now and then informing you that you've just entered a village with a strange name like Calcium or Pamelia, but these villages turn out to be nothing more than a few sad-looking farmhouses huddled together. Blink once and you've missed it. By the time you reach Gouverneur (pop. 4,000), you feel as though you've just entered a bustling metropolis like Boston or San Diego. When you do reach Gouverneur, by the way, you still have another half hour to go before you hit Canton. When a friend once asked me how to get to Canton from Harrisburg, I replied "Take I-80 North and drive for several hours until your legs go numb, then get onto Route 11 and keep going north for a few more hours. Just when you think it's humanly impossible to drive another mile, you'll see a sign telling you that you've got about five more miles to go." Yes, the trip really is that horrible-- and I made that trip every week from early September through late October.

But it was the final trip that I'll never be able to forget, because that was the night I ran over an entity from another dimension.

It was a Monday night, around one in the morning (I guess that would make it a Tuesday morning, if you want to be a stickler for details), and I was somewhere in Jefferson County between Fort Drum and a flyspeck of a village named Antwerp. I had already been at the wheel for a good six hours and my eyes were burning from being open for so long. The night was dark but there was heavy cloud cover, which absorbed whatever moonlight there was and made the sky a blanket of charcoal gray with a slight glow. But though it was dark, I could still make out the silhouettes of naked trees along the highway, with their bare and bleak branches trembling gently in the soft autumn wind.

Along this stretch of highway there were no houses or streetlights, but I remember there being a wooden fence running along the road, probably enclosing a pasture. I only recall this because I was thinking to myself "This seems like an odd place for someone to build a fence" when I suddenly saw up ahead a tall, black humanoid figure walking across the highway. My heart leaped up into my throat and I firmly applied the brakes, but I knew there was no way I would be able to stop the Firebird in time. I didn't slam on the brakes or swerve out of the way because I knew it would be both futile and dangerous. Convinced that I was about to mow down an unfortunate pedestrian, I simply braced myself and prepared for impact.

Just before my car reached the figure, a bizarre observation popped into my mind; I remember thinking that this shadowy figure had to be about seven or eight feet tall. I could discern no features-- the creature's head appeared to be a smooth oval, without a mouth, ears, nose or hair. Its limbs were long, spindly and smooth. It didn't appear to be wearing any clothing; it was as if I was looking at a living version of the picture on the door of a men's restroom at a shopping mall. And to describe this humanoid creature as being black in color wouldn't be quite accurate. It there is a color that is actually darker than black, then this creature would be it. In fact, I'm not even sure how else to describe its color, other than being blacker than black.

Instead, I passed right through it. Or him. Or her, or whatever the hell it was.

And if you think this story is strange so far, keep reading, because it's about to get a lot stranger.

When my car slowed to stop in the northbound lane of Route 11 I took a deep breath, turned off the stereo and looked into the rearview mirror. The lights from Fort Drum, many miles behind me, somewhat illuminated the clouds, making it easier to see what was behind me rather than the road ahead. In the rearview mirror I saw the shadow being, standing in the middle of the road about thirty or forty feet away, motionless. And then he began to walk toward my car. Every hair on my arms and legs and neck seemed to stand on end. Scared half out of my mind, I proceeded to drive northward.

I had accelerated to a speed of about twenty-five miles per hour when I again glanced into the rearview mirror, and was shocked to see that this phantom was now running after me. He was no more than a car's length behind, and I could clearly see his arms and legs pumping as he ran. I pressed down on the gas pedal and in seconds was up to 55 miles per hour. And again I looked back, and once again he was no more than a car's length behind. I decided to floor it. At 70 mph he was still there, keeping perfect pace with my Firebird, not gaining ground but not falling behind, either. At 80 mph he was still there. I hit the 100 mph mark about six miles outside of Gouverneur and by now I was too scared to look into the rearview mirror. But I relaxed a little bit and slowed down to a reasonable speed, knowing that there was a well-lit Stewart's gas station in town up ahead that was open 24 hours, just after the bridge across the Oswegatchie River.

Much to my relief there was a handful of people milling around inside, probably truck drivers or local insomniacs looking for a late-night sugar fix. I tried to kill as much time as I could, but I'm sure I looked pretty damn suspicious, standing in the aisle, picking up each candy bar or bag of chips and studying its label for what felt like an hour. I finally selected a candy bar and handed the teenaged cashier some money. He joked about how he had never seen a customer take so long to decide what candy bar to purchase. He handed me my change and then asked me if I was okay. "You look as white as a sheet and you're covered with sweat," he said. I looked down at myself and realized that, even though it was about 40 degrees outside, I had completely sweated through my sweatshirt. Even though I was in perfect health, I lied and said that I was diabetic, assuring the concerned clerk that I'd be fine as soon as I got some sugar into my system. I made it the rest of the way to Canton without incident.

I lived in St. Lawrence County for about a year after that encounter and had to drive that same stretch of highway dozens of times, but never again would I make that trip during the night. I would intentionally alter my travel plans to ensure that if I ever drove through that area again, it would be during broad daylight. A beautiful girl from Watertown, whom I had gone out on a few dates with, once called me up at night and invited me to come over to her place. I declined the tempting offer, just because I did not want to re-live that bone-chilling experience. Yes, that's how scary that encounter was.

It's been 13 years since that dreadful night, and I still wonder what happened. Maybe the whole thing was just the work of an over-exhausted mind. Maybe I really did suffer from a severe drop in blood sugar, causing my skin to sweat profusely and turn pale. Or maybe it truly was a shadowy being from another dimension. And one thing I still haven't been able to stop thinking about is this: What would have happened if the running shadow somehow managed to catch up to me and my speeding car?

The hairs on my arms and neck still tingle when I think about it.