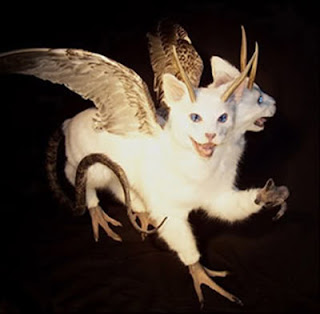 In 1916 a strange animal skeleton was found in the Susquehanna River near Danville. It was identified as the skeleton of a cat, but this cat was rather unusual-- those who examined the skull said that it had horns! Sadly, we weren't able to find any other newspaper accounts of this strange discovery.

Here is the newspaper article, as it appeared in the November 4, 1916 edition of the Danville Morning News.