Historical evidence for an ancient race of giants in America 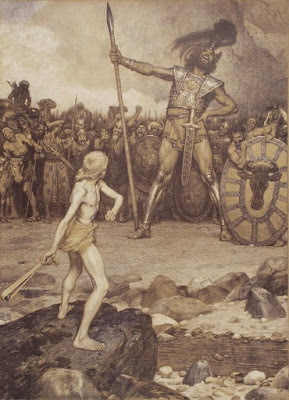 One of our favorite topics at Journal of the Bizarre is the theory that an ancient race of giants once inhabited the wilds of North America. Perhaps the most publicized archaeological discovery supporting the existence of a giant race occurred in Crawfordsville, Indiana, in 1892, when a team of researchers from Wabash College unearthed a mass grave containing twenty-five giant skeletons (read our story on the Crawfordsville giants here).

While modern mainstream archaeologists continue to scoff at the notion of an ancient tribe of prehistoric giants, we've collected numerous reports of similar finds throughout the United States. Were these discoveries nothing more than hoaxes? Or, as many of us believe, did an ancient tribe of giant humans really roam our nation's forests, valleys and mountains?

Have a look at the evidence and decide for yourself:


This is just a sampling of ten discoveries involving the skeletons of a primitive race of giants who lived in North America, many of which were made by educated and experienced men of science. Dozens, if not hundreds, of similar discoveries were made across the country from Colonial times onward.

Some skeptics may insist that these discoveries took place in primitive scientific times, and that the archaeologists and anthropologists behind the discoveries simply had no clue what they were talking about. And yet the chronology of these discoveries extends well into the late 1930s, long after the invention of such "primitive" machines as the jet engine (invented in 1930), the electron microscope (1931), the radio telescope (1932), and radar (1935). Had the discovery of ancient giant bones been limited to just the 18th and 19th centuries, once could argue that the men who found these bones were simply uneducated or mistaken.

From New Jersey to Oregon, it is clear that this ancient tribe inhabited virtually every corner of our country. So who were they? Where did they come from? And where did they go?