Debunked: The popularity of Bernie Sanders 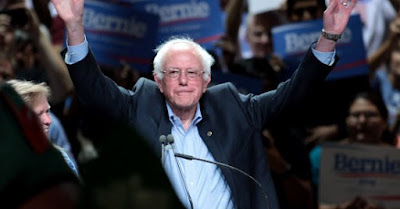 If you've spent any time following politics at all this year, you're probably under the impression that Bernie Sanders has engendered a "movement" (or a flat-out revolution, as many of his followers insist). Yes, you've probably heard about the tens of thousands of rabid, salivating fans who show up at Sanders rallies. You may have heard about his fundraising prowess, and you may have even seen some of the Sanders merchandise being sold online (such as the "Burn one for Bernie" hash pipe, which can be yours for just $60). And, no doubt, you've probably noticed that you can't scroll down your Facebook newsfeed for two seconds before encountering at least a half-dozen pro-Bernie posts. 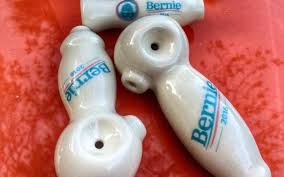 Since Bernie has indeed chalked up a few impressive victories over Hillary Clinton so far in 2016, what I'm about to tell you may be a total shock. The cold, hard truth is that....

The popularity of Bernie Sanders has been grossly exaggerated.

Forget about win totals, margins of victory, delegate counts, Saturday Night Live appearances or Twitter followers. When it comes to assessing a candidate's popularity, what it all boils down to is raw vote totals. And when it comes to raw votes, the fact of the matter is that Sanders isn't nearly as popular as his supporters insist.

Earlier today, we crunched the numbers based on the raw vote totals from 15 states in which Republicans and Democrats have both held primary or caucus contests (we excluded Nevada and Iowa from our calculations, since the DNC doesn't report actual vote totals from these states). And what we discovered was shocking, to say the least.

In other words, if Bernie Sanders has fostered a "revolution", Donald Trump has created something that boggles the imagination, since his votes-per-contest average is 33.3% higher than Bernie's

Even more surprising is the fact that Marco Rubio-- presently teetering on the verge of presidential campaign irrelevancy-- has a votes-per-contest average of 141,110. This places him within striking distance of the much-ballyhooed Democratic socialist from Vermont. In fact, by March 15, when North Carolina and Rubio's home state of Florida both hold their presidential primaries, it is quite possible that Rubio may surpass Sanders in votes-per-contest. Considering that Rubio is under heavy fire from Republicans to drop out of the race, this should poke the final hole in the completely erroneous belief that Bernie Sanders has created a "political movement".

While liberals like to accuse conservatives of being "science deniers", based on their viewpoints on climate change and evolution, it would also be a fair argument to say that liberal Democrats are now guilty of being "math deniers". The votes-per-contest average clearly indicates that Trump (who has been criticized for being unlikable by Republicans and Democrats alike), is 33.3% more popular than Sanders. And Ted Cruz, the man said to be hated by his peers, is 10.7% more popular among voters than Sanders. Rubio, in spite of being a distant third place in the GOP race, is just 17.6% behind Sanders.

Of course, many Sanders supporters will insist that Texas, by way of having a large Republican majority, skews the numbers. While Sanders tallied 475,561 votes in the Lone Star State, Ted Cruz amassed a whopping 1.2 million votes. However, after 15 state-by-state comparisons, we feel that a sufficient cross-section of American voters have been represented thus far in the primary season. Let's not forget that Sanders tallied 586,716 votes in Massachusetts, compared to Cruz's meager vote total of 60,473. Or that Sanders walked away from Minnesota with 118,135 votes compared to the 24,018 votes received by Trump.

Like so many things in life, from baseball to the stock market, politics boils down to averages. Math doesn't lie and figures can't choose sides. And, based on what we've seen so far, it certainly appears that the perhaps the best hoax of 2016 is the claim that Bernie Sanders has ignited some kind of political revolution.
Bernie Sanders Debunked Donald Trump government Marco Rubio politics Ted Cruz