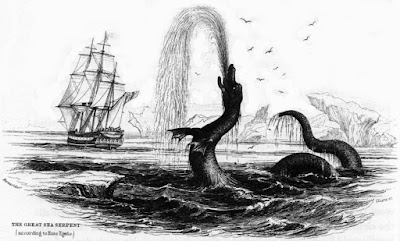 In the summer of 1902, a giant sea creature struck fear into the hearts of swimmers at Coney Island, until the mysterious monster-- eighteen feet in length and two feet in circumference-- was captured in the Harlem River by a man named Donald Burns.

The following newspaper article appeared in the Arizona Republican on August 18,1902.