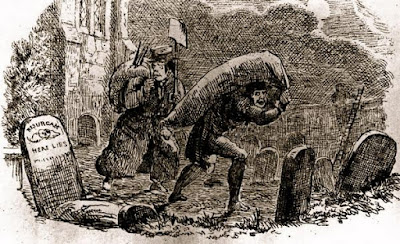 Body snatching was a serious problem in the latter stages of the 19th century. The rapidly-growing medical profession required cadavers for medical and surgical students to dissect, and many people (known as "resurrection men") earned a handsome living by stealing freshly-buried corpses and selling them to colleges and universities. This led to some rather unique innovations in corpse theft prevention devices-- such as the "coffin torpedo".

The following description of the coffin torpedo comes from the July 19, 1896 edition of the Logansport (Indiana) Pharos-Tribune. 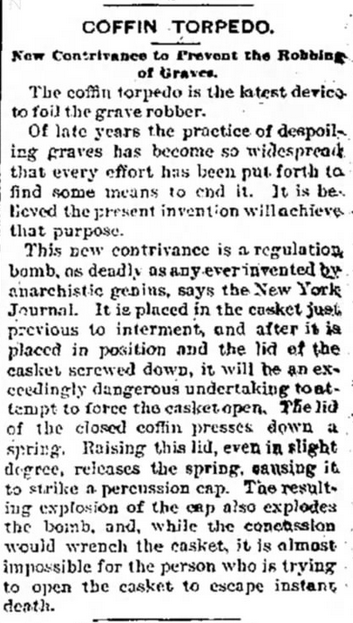