Fun with Blasphemy: The Exciting World of Biblical Typos 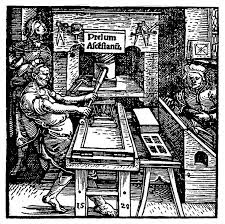 Growing up, I was enamored with the hobby of collecting baseball cards. And when it came to collecting baseball cards, the ones I treasured most were the error cards. You know the ones I mean-- the ones with pitching stats of Doug Drabek on the back but a picture of Mark Gubicza on the front. Or a card that claims a player was born in the Dominican Republic when he was actually born in Anchorage, Alaska. And, of course, there's the "Holy Grail" of error cars-- the 1989 Fleer card of Billy Ripken, which originally featured a picture of Ripken holding a baseball bat with the expletive fuck face written on the knob of the bat. While Fleer eventually corrected this mistake, the original Billy Ripken fuck face cards because highly sought-after collector's items. I had three of them and was pleased as punch because, at the time, this rare error card was fetching about fifty bucks at sports card shops. "This must be what it feels like to be rich like Donald Trump," I thought to myself.

Just as baseball card collectors seek out error cards, collectors of rare books seek out books containing typos and misprints. And when it comes to misprinted books, the 1989 Fleer Billy Ripken error card of the rare book world is the "Wicked Bible". Printed by Robert Barker and Martin Lewis in 1631, this edition of the King James Bible is prized by collectors because of a most unfortunate typographical omission: In the Ten Commandments, the word "not" was accidentally dropped from the commandment prohibiting adultery, thus changing the sentence into "Thou shalt commit adultery".

Barker was sent to prison for this error, where he ultimately died. It is believed that only eleven copies of this "Wicked Bible" exist today. But the Wicked Bible is not the only rare Bible sought after by bibliophiles because of a printing error. Here are a few other interesting examples of Bible errata.

Published in 1716, this edition of the King James Version advises readers to essentially go out and sin to their heart's delight. In Jeremiah 31:34, instead of "sin no more", the text reads "sin on more". Some collectors refer to this book as the "Party Bible".

The reason why this 1549 Edmund Becke edition of the Bible is so highly valued is not because of a printing error or improper translation, but because of a footnote to 1 Peter 3:7 inserted by Becke himself. While the verse reads "Likewise, ye husbands, dwell with them according to knowledge, giving honour unto the wife, as unto the weaker vessel, and as being heirs together by the grace of life; that your prayers be not hindered", Becke's footnote offers the following advice:

"And if she be not obediente and healpeful unto hym, endevoureth to beate the fere of God into her heade, that thereby she may be compelled to learne her dutye and do it."

Printed by Myles Coverdale in 1535, this edition of the Bible is prized because of a poor translation. Verse five of Psalm 91 reads: "Thou shall not nede to be afrayed for eny bugges by night".

Although this edition of the Bible is erroneously referred to as the Wicked Bible (the one ordering readers to commit adultery), the error contained in this 1653 edition printed by Cambridge Press can be found in the first book of Corinthians. The proper translation of 1 Corinthians 6:9 is "Know ye not that the unrighteous shall not inherit the kingdom of God?"

Unfortunately, the printer omitted the "not" that should have been before the word "inherit", thus altering its meaning completely. This edition of the Bible instead reads: "Know ye not that the unrighteous shall inherit the kingdom of God?"

In this 1801 edition, the printer mistakenly printer "murderer" instead of "murmurer", making Jude 16 read: "These are murderers, complainers, walking after their own lusts; and their mouth speaketh great swelling words, having men's persons in admiration because of advantage."

Not all Bible errors occurred during the early days of book printing. The infamous "Owl Husband Bible" was the result of a damaged piece of type in a 1944 edition of the King James Bible. Perhaps the most entertaining of all Bible typos, this misprint makes 1 Peter 3:5 read:

"For after this manner in the old time the holy women also, who trusted God, adorned themselves, being in subjection to their owl husbands."


These are just a few of the hundreds of examples of Bible errata that are known to exist. While most of the errors are mundane and unremarkable, some are highly entertaining. Who knows? Perhaps that dusty old family Bible sitting on your bookshelf is a rare and valuable antique, worth considerably more to collectors than a Billy Ripken fuck face baseball card.
Bible errata religion Strange History