A rather strange coincidence 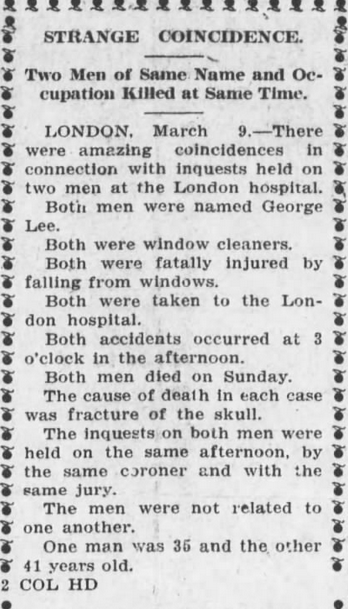