Has mankind lost its soul? 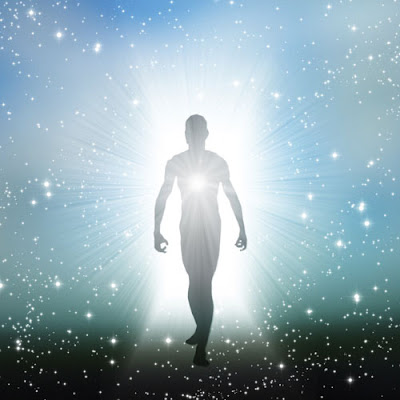 Anyone keeping abreast of the world news in recent years has probably, at one time or another, wondered if human beings have lost part (or the entirety) of their souls. In a world of Adam Lanzas, Nidal Hasans, Omar Mateens and other disturbed individuals who have within themselves the incomprehensible ability to extinguish life without the slightest twinge of apathy, it certainly seems possible that many who walk among us are missing their souls. If souls exist in the first place, that is.

Even from a non-religious scientific perspective the idea makes sense. The law of conservation of energy, for instance, states that energy can neither be created nor destroyed; however, it can transform from one form to another. Similarly, the law of the conservation of mass says that matter can neither be created nor destroyed. Whether the soul is energy or whether the soul is comprised of matter, the scientific laws which govern the universe state that it cannot be destroyed.

So where does the soul go? Is it recycled and breathed into future generations of human beings? Billions of people believe this to be true, but it leaves some interesting questions unanswered.

What happens when the world population hits 9.4 billion? How will these additional souls be manufactured if matter or energy cannot be created or destroyed? Can a soul divide itself like a living cell? Can it continue to exist if cut in half like an earthworm?

Think of it like this. You have a 64-ounce pitcher filled with water, and eight empty 8-ounce glasses. The pitcher of water represents all of the souls in the universe, which should be a constant based upon the laws of the conservation of mass and energy. The eight glasses represent every human being on the planet. So long as the number of glasses doesn't change, all of the water in the pitcher can be used to fill up the glasses. But now let's suppose that instead of 8 glasses, you now have 16. You're left with two options: You can either fill 8 glasses and leave 8 empty, or you can fill each glass with four ounces instead of eight.

Applying this analogy to souls, we find ourselves with only two possibilities:

1) Some human beings don't have a soul, or
2) Some of us have less soul than others

Well, maybe, just maybe, there is a third possibility-- that somewhere in the cosmos there is a great humongous reservoir of souls, an inexhaustible watershed (soulshed?) that can fill up every human being, no matter the size of the global population. If this is the case, then this watershed of souls must be what we call God.

But, then again, maybe there is no God, and maybe there is no vast reservoir of souls. Maybe 64 ounces is all we've got. This might explain why we live in a world where souls seem scarce, where human beings hurt each other without the slightest regret or remorse. A world of husbands who cheat on their wives indiscriminately, of wives who slip arsenic into their husband's coffee, of mothers who throw their babies into Dumpsters, of children who murder their parents while they are asleep in bed, of perverts who prey on children, of children who bring a gun to school and shoot their classmates and teachers, of teachers who seduce their students, of students who torture and torment those who are different.

Who knows. I sure as hell don't.

It just seems to me that, as our population grows, so seems to grow the callousness and cruelty of mankind. This leads me to believe that, while everyone may have a soul, some of us simply have more soul than others.