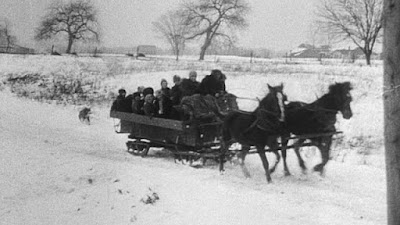 In February of 1904, five people from Hazleton, Pennsylvania, were injured in a serious sleigh accident. The victims-- four young women and the driver of the sleigh-- received their injuries after the horse became spooked, causing the sleigh to smash into a telegraph pole. The astonishing part of the story is that, immediately before the crash, the sleigh passengers were terrified when they saw a mysterious horse-drawn hearse cross their path and vanish into thin air.

Here is the newspaper report of the sleigh crash, from the February 24, 1902, edition of the Hazleton Plain Speaker: