JOTB weighs in on the death of Max Spiers 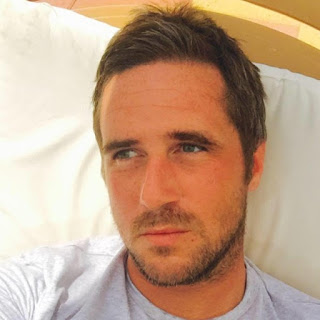 It's not every day a conspiracy theorist's death makes headlines in mainstream news outlets; In the past 24 hours, I've seen stories about Max's death everywhere from the New York Post to The Sun to Yahoo News. And, if you happened to click on any of these articles, you'd be forgiven for thinking that Mr. Spiers had just died recently, when, in fact, Max Spiers has been dead since the evening of July 16.

Back in July, few people outside of the Alex Joneses of the world reported on Max's death. So, why then, is the Internet suddenly blowing up over the "UFO expert-slash-government whistleblower who was found dead after vomiting black liquid"?

If you ask me, it's all for the sake of profit, brought on by the tens of millions of people around the world who are following Julian Assange and his recent WikiLeaks dump of emails targeting Hillary Clinton. Yes, October of 2016 is a great time to be a government whistleblower. Even if the whistleblower in question has been dead since July of 2016.

It's capitalizing on the death of a conspiracy theorist for no reason other than to peddle click-bait smut to an audience currently craving all things conspiratorial. You can close your eyes and visualize a meeting taking place in some newsroom this week:

"The Internet is exploding thanks to Julian Assange and Wikileaks. Millions of Americans are now convinced that there is a vast government conspiracy afoot. Conspiracy theories are trending all over Twitter and Facebook. We need to get in on this action. Any ideas?"

"Hey, let's write about the UFO guy. You know the one I mean, the guy who thinks there are military bases all over the moon and Mars. Max Spiers."

"Max Spiers? Never heard of him."

"You magnificent bastard, that's brilliant! I want a story on this Spiers fellow to hit the newsstands pronto!"

I'm pretty sure that's how it went.

And "journalists" wonder why the media's approval rating among the American public is lower than that of Congress (whose approval rating, as you probably know, is below that of cockroaches and head lice)?

Here's an idea. Why don't you so-called journalists try not profiting off the death of a person who's been dead since summer? What's next? A story about Donald Trump groping Prince? You guys can kill two birds with one stone with that one.

Media, if you want your approval numbers to go up, stop churning out click-bait bullshit that possesses as much journalistic merit as a company newsletter published by the CEO's secretary/mistress.

But the media won't go for something as vanilla as that. They want sex. They want murder. They want pussy groping. They want black vomit spewing from the mouth.

But, above all else, they want you to click on their article and share it on Facebook and re-tweet the living hell out of it. Why? Because, in 2016, the news is no longer about news, it's all about views.