The headless ghost of the 'Old Hermit McDaniel Place' 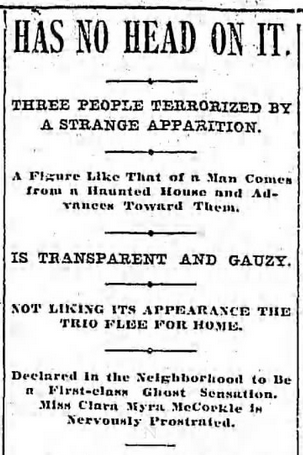 The following story of a headless ghost seen in Lucasville, Ohio, comes from the Dec. 19, 1896 edition of the Los Angeles Times.