Is MSNBC the next InfoWars? Lawrence O'Donnell substitutes wild conspiracy theory for news 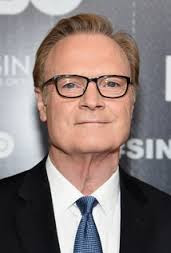 Those who enjoy a side order of conspiracy theory with their news got more than they could swallow on Friday when Lawrence O'Donnell, host of MSNBC's "The Last Word", claimed-- without proof-- that Vladimir Putin might have masterminded the chemical attacks in Syria.

On Friday, O'Donnell offered a theory claiming that Putin ordered Syrian president Bashar al-Assad to use chemical weapons against his own people in a small-scale attack that was just large enough to attract media attention. This prompted President Trump to retaliate, thereby distracting Americans from the "real" issue-- the alleged ties between Russian officials and members of Trump's campaign staff.

O'Donnell devoted several minutes to passionately defending his wild speculation that had no basis in fact before bringing on his first guest.

O'Donnell believes it's the perfect explanation


“It’s perfect, just perfect," declared O'Donnell as he laid out the specifics of his conspiracy theory. "Putin said, ‘I have an idea. Go ahead, do a small chemical attack, nothing like the big ones you’ve done in the past, just big enough to attract media attention so that my friend in the White House will see it on TV.'"
According to the MSNBC host, Trump would then retaliate by firing some missiles, causing the media to temporarily forget all about Trump's supposed collusion with Russia. "It’s perfect,” O'Donnell stated once again at the end of his ramble.

Before O'Donnell brought out his guests, he told viewers that they would hear different opinions, but added, "what you won’t hear is proof that that scenario that I’ve just outlined is impossible.”

Will Lawrence O'Donnell become the next Alex Jones?

Except for a few minor details, O'Donnell's theory isn't much different than the ones being offered by a host of other "fake news" sites and conspiracy theory YouTube channels.

The difference between InfoWars and MSNBC, however, is that InfoWars has been dubbed a "fake news" site by the likes of CBS News, Vanity Fair, The Washington Times, The New York Times, Christian Science Monitor, Media Matters, Buzzfeed, Chicago Tribune, Fortune Magazine, The Huffington Post and Wikipedia.

MSNBC, on the other hand, has not-- at least not yet.
fake news media lies MSNBC Syria

Last week's post about the sale of the notoriously haunted Getter's Island in the Delaware River brought to mind another spectacularly spooky island, this one situated in the Kankakee River, about ten miles south of Joliet, Illinois.

Grape Island, at first glance, is hardly worthy of notice. It's a tiny speck of land, overshadowed by its much larger neighbor, Bardwell Island, and easily overlooked by most boaters and fishermen. However, this tiny island has a chilling history that dates back to the days before the Civil War.

In those days, the island was occupied by an early settler named Steele, who was a hunter and trapper and was generally known throughout the region as something of a mean-spirited recluse.

In 1861 Steele was visited by a fellow named Burrington, who had departed from Momence, Illinois, with $10,000 to purchase cattle for the U.S. army. Steele offered Burrington lodging for the night at his tiny house on Grape Island. He was never seen again, and in the…