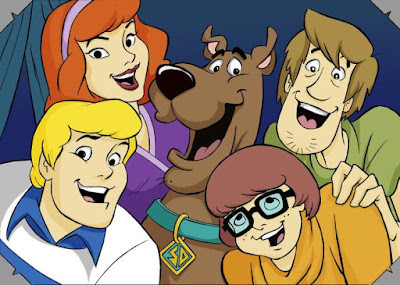 The following newspaper article, which appeared in the Maysville, Kentucky Evening Bulletin on March 4, 1889, involves a man who got shot while pretending to be a ghost, in an attempt to pull off a land-grab scheme that sounds like something from a Scooby Doo episode.


Casey, Iowa, March 4.-- There is a little pond known as Silver Lake, four miles west of here, and near it a schol house in which the young folks of the neighborhood are wont to hold a lyceum. Recently a ghostlike apparition has caused nightly terror in the neighborhood. Several nights ago the apparition frightened a farmer's team, which ran away, tipped over the buggy and nearly killed the farmer's wife.

The husband procured a shotgun, loaded it with buckshot and then lay in wait for the ghost four nights. Thursday night he filled the ghost with buckshot. It cried: "My God, don't shoot anymore," and fell prostrate. The ghost was carried home by the shooter and cared for. No one but the attending physician has seen him, and refused to give any name. He is suspected to be a land seeker, who wished to scare the owners, and buy the adjoining land cheap.