Scientists achieve breakthrough in selective memory erasure: Could government brainwashing be right around the corner? 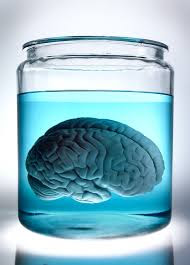 New research published in the journal Current Biology by neuroscientists from the Columbia University Medical Center and McGill University in Canada suggests that it may soon be possible to selectively erase a person's memory.

While some applaud this breakthrough as a potential way to treat anxiety, PTSD, drug addiction, dementia, Alzheimer's and other conditions, it also places within the government's grasp a mind control weapon so powerful that it makes the CIA's MKUltra experiments of the 60s and 70s seem quaint and primitive by comparison.

Researchers involved in the project were able to erase certain memories from neurons in sea slugs. By deactivating the proteins that have encoded memories in the brain, it was possible to make the slug "forget" whatever the researchers wanted it to forget.

Memories, formed at the places where electrical impulses pass back and forth between neurons (otherwise known as neural synapses), are apparently able to be permanently deleted when certain proteins (protein kinase M, or PKM) are deactivated. Conversely, these proteins can also be activated by external stimulation.

“They amplify whatever the external signal was to create internal change that can last from minutes to decades,” said Samuel Schacher, a neuroscientist at CUMC and co-author of the study.

“When the activity of this [PKM] molecule is inhibited, the synaptic strength returns to its previous value and the memory is erased,” said Wayne Sossin, a neuroscientist at McGill University.

This, of course, raises serious moral dilemmas, as memory manipulation could destroy America in a heartbeat.

Obviously there are the national security ramifications. Imagine being able to "convince" intelligence officials that they saw, with their own eyes, irrefutable evidence that China or Russia was about to launch a strike against the United States and there was not enough time to wait for a congressional declaration of war.

Imagine being a witness to high-level government or corporate corruption, or any serious crime for that matter, and not being able to recall on the witness stand what you saw. The innocent could be sentenced to death and the guilty could be exonerated. Memory manipulation would invalidate the legitimacy of the entire judicial system.

And then there are the economic ramifications. If the ability to manipulate memory ever fell into the hands of big corporations, you can be sure that this technology would be used for financial gain. Imagine Coca-Cola being able to make consumers forget that they actually prefer Pepsi. Yes, this may sound like a stretch but, if you think about, the very concept of advertising is based upon "mind control" to some degree.

The more you ponder the possibilities, the more evident it becomes that the risks of memory manipulation outweigh any potential benefits.

Yet the scientific community is seemingly willing to overlook these potential ramifications. “I understand the cautionary notes associated with this, but I still think it has important value," Samuel Schacher explained to Seeker.com. Seeker echoed the neuroscientist's sentiment: The prospect of such ethical qualms shouldn’t mean that examining the neurological underpinnings of memory isn’t worth pursuing.

We're not so sure. Somehow, the ability to treat someone's anxiety or heroin addiction just isn't as important as safeguarding against war, the collapse of America's judicial system, economic manipulation and the host of other dangers lurking inside this Pandora's Box. There are just some things that shouldn't be tampered with, and human memory is one of them.
brainwashing mind control MKUltra