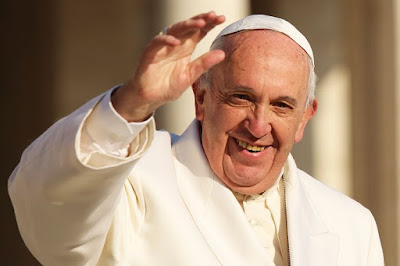 The Vatican has launched an investigation into a Brazilian gang of rogue exorcists who call themselves the Heralds of the Gospel, according to a report from the UK's Daily Mail.

The group believes that their former leader who died in 1995, Dr. Plinio Correa de Oliveira, has struck up a friendship with Satan in the afterlife, and now possesses the ability to cause climate change.

After a video was posted online in which members of the exorcism cult claim to have conversed with Satan and are planning to replace Pope Francis with one of their own, the Vatican's investigation team jumped into action.

In the video, one of the group's members reads from a transcript that supposedly details a conversation with Satan. The devil claims that an asteroid will crash into the Atlantic Ocean, wiping out all of North America.

The devil also allegedly stated (through a possessed individual) that the pope will die in a fall and, after his death, will be replaced by Monsignor João Scognamiglio Clá Dias -- an honorary canon of the Papal Basilica of Saint Mary Major in Rome and member of the Heralds of the Gospel.

According to the Vatican, the group has released several other videos which show "unauthorized" exorcisms using unconventional techniques. The Vatican's Congregation for Institutes of Consecrated Life is investigating the matter.

exorcisms Heralds of the Gospel Vatican