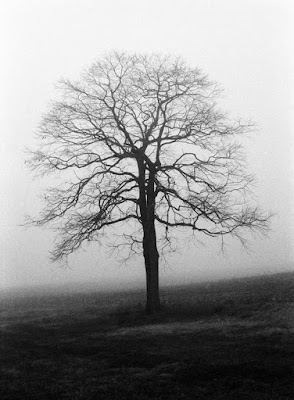 In the Mexican state of Michoacan, in the early part of the 20th century, there grew an immense tree on the Haciendita Ranch that was believed by locals to be cursed. It was a tree that played a role in numerous fatal accidents and was planted by a man who was allegedly in league with the devil.

By the dawn of the 20th century it was believed that this tree-- known to the locals as arbol maldito, or "cursed tree"-- was already 75 years old, and had been planted by a man who, according to local legend, had been swallowed up by the earth as divine punishment for his many sins.

The planter of the tree, it is said, never set foot inside of a church. Even worse, he refused to abide by the Mexican custom of having a picture or likeness of a saint inside his house. He never gave to charity, and never went out of his way to offer a kindness to anyone in need.

It was rumored that this evil man had been responsible for several murders around the Zamora district but, because of an unholy partnership with the devil, he always managed to avoid jail time. It was said that by simply invoking the name of Satan he could render himself invisible. He could also, the legend states, shrink himself down to the size of an ant in order to avoid capture.

And while this "hombre muy malo" had no friends or relatives, it was said that he had a deep love for plants, flowers, trees and birds. Every morning he would feed the birds by throwing chunks of bread into the courtyard of his home.

One year, on Good Friday, the villagers were returning home from church when they were alarmed by a terrifying sound. They rushed to the street where the scream had come from, just in time to see the wicked man being swallowed by a hole that had inexplicably opened up beneath his feet. Witnessed claimed that, only seconds before, the man had placed a lit cigarette between the lips of a statue of Jesus that had been erected in the center of the village in celebration of the holy day.

That day, every one of his beloved trees withered, shriveled and died, except for one. An attempt was made to cut down the surviving tree, but as soon as a worker approached the tree and readied his axe for a swing, he dropped dead. Since no one had the courage to remove the dead man's body, it was left on the ground to be pecked apart by crows.

The reputation of the cursed tree was further cemented after a pedestrian had sat beneath it seeking shade on a hot, summer day. He was bitten by a snake and died two hours later. Three men, on different occasions, sought shelter under the tree during rainstorms and were struck and killed by lightning. A woman who was hanging laundry to dry from the trunk of the tree was attacked and killed by a goat later on the same day. In 1903, a little boy who was riding a burro past the tree was suddenly thrown off by the animal and kicked to death.

The last recorded fatality linked to the cursed tree was the death of Melquiades Arevalo in the summer of 1905. During a sudden downpour of rain Arevalo sought shelter beneath the tree. Like three men before him, he was struck by lightning and killed.

After Arevalo's death, the owner of the ranch on which the tree stood, Prospero Garcia, decided to put an end to the curse once and for all by blowing it up with dynamite. It seemed to do the trick-- from that day forward, the arbol maldito of the Haciendita Ranch never claimed another victim.