Did climate change cause Harvey and Irma? Don't be ridiculous. 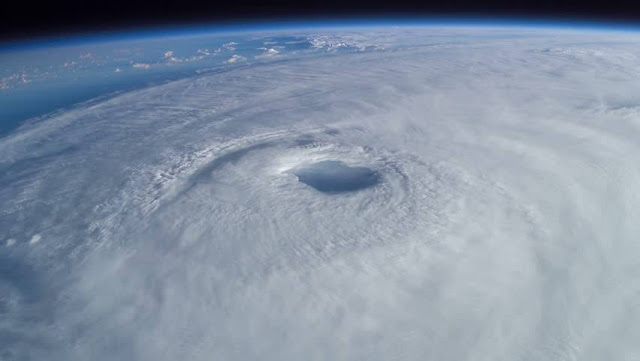 By now you've probably heard some liberal elitist bonehead proclaim that Harvey and Irma are the result of climate change. And although these individuals love to flaunt their affinity for science, it seems that none of them can produce a shred of scientific evidence to prove this claim. As we all know, correlation does not imply causation, and even the correlations proposed by the climate change crowd are weak at best:

"But Irma is the biggest hurricane ever recorded!"

So what? Robert Wadlow was the tallest human ever recorded. Yet this did not signal the beginning of an era in which every human being grew to 8 feet 11 inches in height.

Ludlow was an anomaly, just as Hurricane Irma is an anomaly. Imagine if evolutionary scientists across the country looked at Ludlow in 1940 and pronounced that the human race was on the brink of a gigantism epidemic. These scientists would be mocked relentlessly. Yet climate scientists make similar nonsensical claims all the time.

By now we have all seen satellite images of Irma, and yes, Irma is enormous. But the fact of the matter is that we have absolutely no way of knowing for certain that Irma is the largest hurricane of all time.

Considering that weather satellites didn't even exist until 1960 (with the launch of TIROS 1), the factually honest claim should be "Irma is the largest hurricane ever captured on satellite". Any other claim is factually dishonest, and is made either for the sake of ratings, internet clicks, or politicization.

The climate change crowd points to Harvey as the type of storm that occurs "one in five hundred years", as though this proves that Harvey was the result of climate change.

Anyone who makes the "500 year storm" claim is wholly ignorant when it comes to statistics and probability. This does not mean--as many climate change activists insist-- that an event like Harvey can happen only once every 500 years. As any junior high school math textbook will point out, probability is the measure of the likelihood that an event will occur.

A simple example of probability is a coin toss. Since there are two sides of a coin, the probability that the coin will land on heads is 50%. Generally speaking, if you toss a coin 20 times, approximately 10 times the coin will land heads up, and approximately 10 times the coin will land tails up. But you can still flip a coin 20 times and have the coin land on "heads" on each flip. While such an event is improbable, it is not impossible. However, the greater the number of coin tosses, the greater the likelihood that heads will come up 50% of the time.

The same principle applies to weather. You can have three "once in a lifetime" storms strike the United States on the very same day, but that still doesn't prove that the event is related to climate change because that's not how the law of probability works.  Even if the hurricane is a "once in a lifetime" type of storm, you can still have two in the same day, week, month or year because there will be several years in which no monster storms occur and these superstorm-free years will preserve the average. Considering that the earth is approximately 4.6 billion years old, a "500 year storm" is, in the grand scheme of things, exceedingly common.

If you go fishing and catch two world-record sized trout on the same day, but catch nothing else the rest of the year, that doesn't make you the world's greatest fisherman. If you hit three grand slam home runs on opening day during the MLB season, well, that's mighty impressive. But if those are the only home runs you hit during an entire 162-game season, that doesn't make you anything special. Hell, even Al Bundy once scored four touchdowns in a single game at Polk High.

Prior to 2017, the climate change crowd argued that global warning would produce an increase in the number of destructive storms, but the historical record shows this is not the case; Harvey was the first Category 3 hurricane to make landfall in the United States since Wilma in 2005. Basically, Harvey wasn't a "500 year storm", a "storm of the century", or even a "storm of a lifetime". It was, historically speaking, as "once every 12 years" kinda storm. But climate change nutjobs will never say so, because that would only serve to undermine their agenda.

Another thing to point out to the climate change meatheads whenever they use the "500 Year Storm" argument is this: Who exactly was around five hundred years ago to document this mythical 16th century storm?

Jamestown wasn't even established until 1607, and I seriously doubt that there were a bunch of Seminole storm chasers and Spanish conquistadors running around Florida in the 1500s with rain gauges and anemometers.

Besides, if a "500 Year Storm" like Harvey was caused by man-made climate change, what caused the previous five hundred year storm that ostensibly occurred sometime in the 16th century? Native Americans with SUVs? English peasants and their private jets? Leonardo da Vinci spraypainting graffiti all across Italy?

The last argument climate change wackos like to make is that since hurricanes are becoming more destructive, this is obviously the result of climate change. In actuality, nothing can be farther from the truth.

Yes, hurricanes are becoming more destructive, but there's a very simple explanation why this is the case-- people in 2017 simply own more things (and more expensive things) than our parents, grandparents and great-grandparents did. Simply put, there are just more things in our homes and businesses that can be destroyed.

Compare that to the price of things just 50 years ago, when the average price of a new car was a mere $2,750 and a brand new home could be had for just $22,000 (according to the U.S. Census Bureau). And let's not overlook the cost of the things that filled our homes:

And those are just the basics. In most 2017 households, there are more than just one smartphone, television, laptop and other gadgets. Many households have more than one car.

So when you add it all up, if a typical family lost their home, car and all of their possessions in 1967, they would've lost approximately $27,297.44.

Now let's factor in population. Florida's population was approximately 6,789,000 in 1967, while today it is roughly 20,612,500. If the entire state of Florida had been annihilated fifty years ago, the damage to private property would have been around $185,339,700,000. If all of Florida were annihilated today, that total would soar to... actually, I can't tell you because my calculator doesn't even handle that many numbers.

The point I'm trying to make is obvious. Hurricane "destruction" is not calculated in lives lost, but in dollars lost, and the very same Category 5 "Hurricane of the Century" that would have produced millions of dollars of damage just a few short years ago would produce billions of dollars of damage today. Climate change has nothing to do with it.