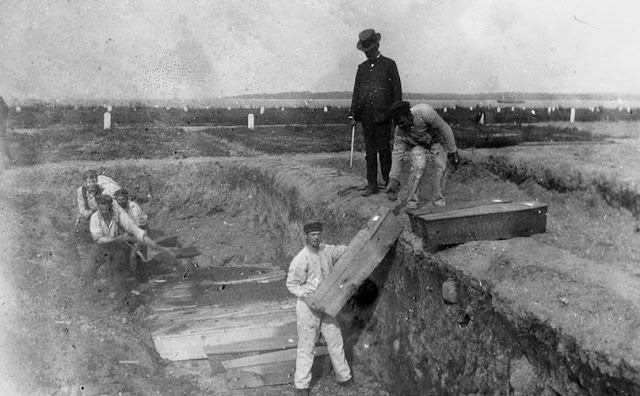 For centuries, the poor and unknown have been laid to rest in potter's field. The name is derived from the passage in the New Testament in which Judas Iscariot hangs himself after betraying Jesus. In Matthew 27:3-27:8, the high priests debate what to do with Judas' body:

"And after they had consulted together, they bought with them the potter's field, to be a burying place for strangers. For this the field was called Haceldama, that is, the field of blood, even to this day."

In the United States, potter's fields came into prominence during the latter half of the 19th century as immigration and industrialization caused urban populations to explode. Many victims of typhoid, influenza, tuberculosis and other epidemics were heaped into mass graves by the tens of thousands, along with countless stillborn children, infants, murder victims and suicides.

Not surprisingly, many of the best known potter's fields were located in major cities; New York's Hart Island is the site of more than one million burials, while historic Washington Square in Philadelphia was used as a potter's field as far back as Colonial times. These burial grounds are not limited to large cities, however; there are potter's fields in towns large and small throughout the United States. In fact, the house you live in right now might have been built on top of one!

Potter's fields have captivated the imagination for as long as these strange cemeteries have been in existence. Newspapers of the 19th and early 20th centuries provide fascinating details about the unfortunate individuals who are buried in them, as well as the people who supervised the day to day operations of these pauper graveyards.

In the 19th century, Philadelphia boasted one of the nation's largest and busiest potter's fields. In 1876, a newspaper reporter for the Philadelphia Times spent the day tagging along with Samuel Fox, the keeper of the city's morgue. What follows is a colorful and detailed description of how the nameless dead were buried: 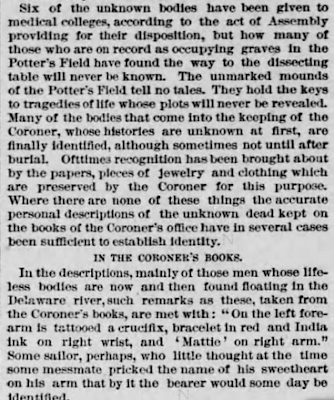 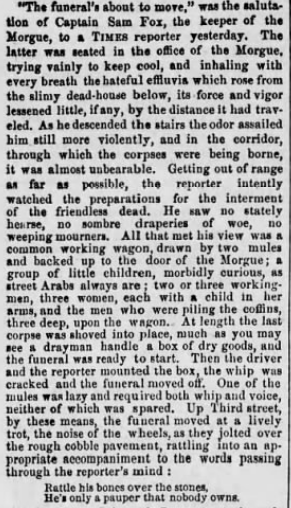 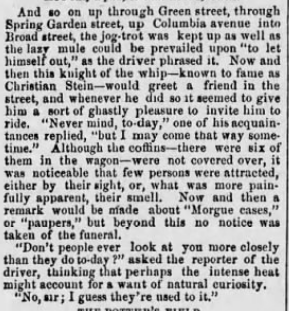 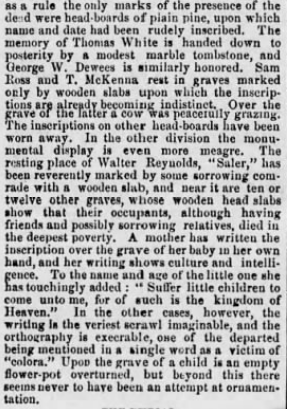 The unceremonious burials were often done in haste, not much out of disrespect, but because of the fear of "miasma", or poisonous air. This was before the era of refrigeration, after all, and the bodies had already spent a considerable amount of time in the morgue. Chances are, most of the bodies were already pretty ripe before they were even discovered. 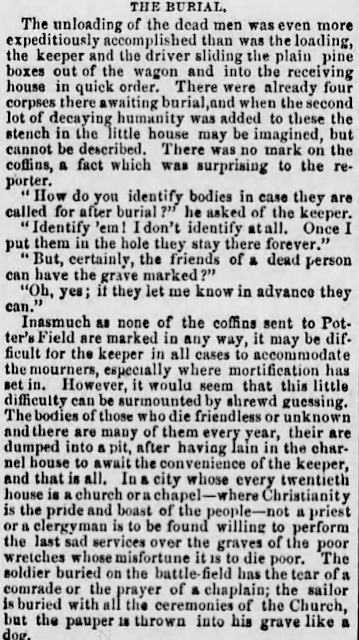 One newspaper reporter from Chicago spent a day with that city's morgue-keeper in 1875, and wrote an equally remarkable description of his experience at Chicago's potter's field: 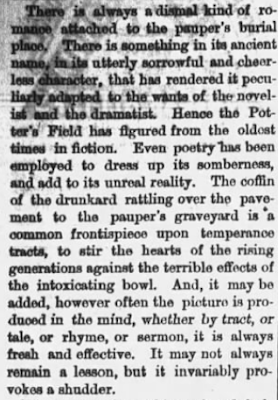 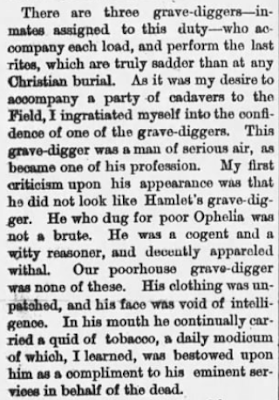 Today, there is no longer a need for old-fashioned potter's fields. So what happens if you can't afford a cemetery plot? For millions of people, this is a legitimate concern. The current cost of burial hovers around $10,000 (although passing on the casket can cut that price nearly in half) and prices seem to go up every year. According to the National Funeral Directors Association, the national average cost of a funeral with a vault in 2010 was $7,775.

When it's impossible to cough up the money for a decent burial, the county coroner's office often steps in. After signing a release form, county, state and local governments will usually pitch in to bury the body in a cemetery. However, the current trend is toward cremation, and this trend is evocative of old-timey potter's fields-- If a person's cremains (the technical term for cremated remains) are unclaimed by a relative, they are usually buried in a mass grave along with the ashes of others.