Campos union boss was target of fraud investigation, home raided by feds in 2012 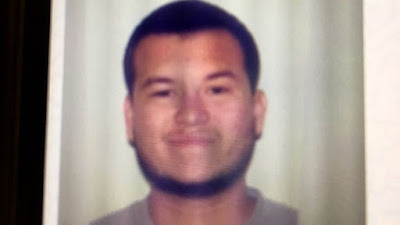 Jesus Campos, the security guard reportedly shot in the leg by Stephen Paddock at the Mandalay Bay Resort and Casino on October 1, has received a ton of media scrutiny for his sudden disappearance and his strange behavior ever since the Las Vegas massacre, leading many conspiracy theorists to believe that Campos may have played the role of accomplice in the deadly event (thus far, no credible evidence has been found to support this theory).

Earlier today Fox News attempted to clear up some of the mystery surrounding Jesus Campos. According to David Hickey, labor boss of the Security, Police, and Fire Professionals of America (SPFPA), Campos was taken to a UMC Quick Care facility. Hickey told Fox News that Campos was looking forward to "telling his side of the story" and that it was Campos himself who requested permission to "go public".

But all that changed when Campos decided to bail on five scheduled television interviews, including one with Sean Hannity of Fox News. Campos briefly re-emerged a few days later, accepting an award for bravery on Oct. 10 from the SPFPA. According to Fox News, Campos posed for photographs before dining with Hickey and other SPFPA members at an upscale Las Vegas steakhouse. After the event Campos went back into hiding; meanwhile, investigative reporter Laura Loomer confirmed that the Campos family was under a court-imposed gag order.

On Friday, the labor boss of the SPFPA seemingly admitted that Campos' erratic behavior was perplexing. "Right now I'm just concerned where my member is, and what his condition is. It's highly unusual," said David Hickey.

Yet, while legions of conspiracy theorists focus their attention on Jesus Campos, it seems that nobody is focusing their attention on David Hickey. This is odd, considering that the SPFPA boss has more skeletons in the closet than the Smithsonian has in its entire collection.

Back in 2012, Hickey's home in Troy, Michigan was raided by federal agents after it was alleged that the SPFPA boss stole money from union members who had been employed to guard a NASA facility and several nuclear facilities.

David Hickey, international president of the Security, Police, and Fire Professionals of America, is apparently the target of a racketeering and fraud investigation being carried out by the Labor Department.

Newsmax followed up on the story and discovered that, in addition to Hickey's home, the union's headquarters in Roseville, Michigan were also raided by federal agents. The agents seized financial records and, oddly, boxes filled with "magic tricks" (Hickey was an amateur magician, according to Newsmax). It was later reported that the magic supplies had been purchased with money embezzled from the SPFPA.

While the SPFPA is a small union, it is very powerful and influential; nearly half of the nation's 104 nuclear facilities are staffed by SPFPA guards. SPFPA guards also protect the Kennedy Space Center and the Cape Canaveral Air Force Station. They also guard the Holocaust Museum; it was SPFPA guards who earned medals of bravery in 2008 after taking down James von Brunn, the gunman who opened fire on museum staff and visitors.

Hickey's shady past as a magician-turned-embezzler adds fuel to the conspiracy surrounding the Las Vegas shooting. It was Hickey, after all, who gave Jesus Campos the award for bravery and heroism on October 10. It was Hickey who was meeting with MGM executives on Thursday afternoon when Campos decided to disappear. It was also Hickey who told the media that Campos had been taken to a UMC Quick Care facility.

But should we be taking the word of a man who used stolen money to buy magic tricks?

The same Fox News article from earlier today seems to refute Hickey's statements. Fox News reached out to a spokesperson for UMC Quick Care, but the UMC spokesperson claimed to have no knowledge of Campos checking into any of their 8 locations in the Las Vegas area.

Upon learning this, Fox News reached out to the SPFPA for a statement. The SPFPA, of course, refused to comment on the matter.

"Multiple requests from Fox News for SPFPA to comment on the matter were not returned Monday," reads the Oct. 16 story.

There are also other interesting facts surrounding the actions and activities of the SPFPA. Eighteen years ago the United Government Security Officers of America (UGSOA) broke off from the SPFPA, creating a rift that continues to this day. In 2005, James D. Carney, vice president of the UGSOA, claimed that the SPFPA was guilty of spreading lies about his union. Carney wrote:

"Since UGSOA broke away from SPFPA over 13 years ago they have been bitter. SPFPA likes to state that we are going broke, but they have been saying this for... yes you guessed it, 13 years. In that time all we have done is grow in strength and numbers, financially and membership. SPFPA employs their agents to submit propaganda all over the place. Readers of their garbage: rest assured that UGSOA IS VERY SOLVENT and has been solvent for years."

In fact, an entire thread has been written by security professionals blasting the SPFPA and their shady practices, appropriately titled "The Truth About SPFPA".