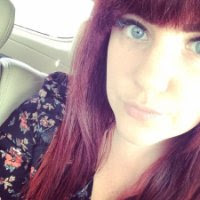 The conspiracy surrounding the Las Vegas shooting intensified deeply over the past 24 hours, first with the unexplained disappearance of Jesus Campos, the Mandalay Bay security guard who was set to give five television interviews. As we reported earlier, Campos' home had been under guard by armed private security while shooter Stephen Paddock's inexplicably unguarded Reno home-- part of a criminal investigation by the FBI-- was burglarized by unknown persons.

Next came the bizarre press conference just a few short hours ago in which Sheriff Lombardo and the LVPD banned conservative independent journalists Laura Loomer and Mike Tokes from attending and asking questions (it was Loomer and Tokes who first broke the story about the armed private security guard at the Campos home).

And now comes perhaps the most startling development in the case of the Las Vegas shooting-- the sudden death of a seemingly healthy 28-year-old witness who went on record claiming that there were multiple gunmen involved in the October 1 massacre.

Although Suchomel's death occurred earlier this week, recent developments in the Las Vegas shooting saga have forced some conspiracy theorists to take a second look at the young woman's untimely demise.

Multiple sources have confirmed that Kymberley Suchomel passed away on Monday at her home in Apple Valley.

Suchomel, who had attended the Route 91 Harvest Music Festival, posted graphic details of the massacre to her Facebook page on Oct. 4. Suchomel wrote several detailed paragraphs about what she saw, and many of her statements contradict the official narrative as provided by the LVPD and the FBI.

She also mentions that, while fleeing from the scene with a large group of other concertgoers, a dark-colored SUV followed them. The SUV slowed down and a "smaller Hispanic woman" appeared in the window and taunted the group:

“[She] leans out the window, and she yells something we couldn’t understand in a clearly taunting manner. It really freaked us out, because again, we didn’t know who we could and could not trust."

Just eight days later, Kymberley Suchomel was found dead in bed by her grandmother at around 8:30 in the morning. While Suchomel escaped from the shooting without any injuries, it was reported by local media outlets that she had been taking medication for a pituitary tumor (the vast majority of pituitary tumors are benign) and Suchomel was otherwise healthy, except for the occasional seizures she suffered as a result of her condition. That she succumbed to "natural causes" (is a seizure considered a natural cause?) at such an early age is suspicious; that she succumbed after contradicting the official narrative of the massacre is even more suspicious.

Although Suchomel passed away on Monday, the story received little press at the time. But now, in light of the growing number of conspiracy theories surrounding the massacre, Suchomel's death is being examined in a new light.

Suchomel, along with her grandmother, were also the founders of the Phoenix Foundation, established to help High Desert tragedy survivors. Suchomel established the foundation after two close friends, Bodhisattva “Bodhi” Sherzer-Potter, 16, and Christopher Cody Thompson, 18, of Apple Valley, were found murdered in an abandoned military bunker near Helendale nearly a decade ago.