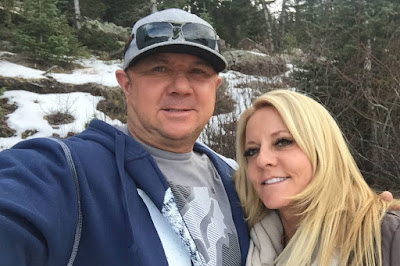 It seems that either something fishy is afoot, or that the survivors of the October 1 Las Vegas shooting are some of the unluckiest folks to ever walk the earth. First there was Kymberley Suchomel, the 28-year-old who passed away suddenly earlier this month in Apple Valley after fleeing the scene of the massacre. Suchomel, who had attended the Route 91 Harvest Music Festival, posted several detailed paragraphs of the shooting to her Facebook page on Oct. 4.

And then there was Danny Contreras, whose body was recently found inside an empty Las Vegas house with multiple gunshot wounds. He was found after a neighbor who called 911 after hearing the sound of a man groaning from inside a building on the 5800 block of East Carey Avenue. According to the police, Contreras was dead by the time help arrived.

Strangely, the woman who called 911 told the media that she didn't hear any gunshots, though the body of the 35-year-old Las Vegas massacre survivor was riddled with bullets.

According to the Las Vegas Review-Journal, Lieutenant Dan McGrath of the LVPD believes that Contreras' death may have been the result of a narcotics deal gone awry.

Conspiracy theorists, however, are quick to point out that Contreras-- like Kymberley Suchomel-- had taken to social media to claim that there had been multiple gunmen. After the attack, Contreras tweeted:

“Feeling lcky to be alive. cant beleive i got out of concert alive! 2 men chasing me with guns. not evry 1 so lcky.”

And now it is being reported by multiple sources that a married couple recently killed in a California car crash had also attended the Las Vegas country music festival on October 1.

The Las Vegas Review-Journal reports that Dennis and Lorraine Carver, of Riverside County, died after their vehicle crashed into a metal gate and burst into flames just outside of their home near Murrieta.

On the night of Oct. 16, the couple’s younger daughter, 16-year-old Madison Carver, heard a loud bang outside her window. When she ran down the street and rounded the corner, a familiar vehicle engulfed in flames came into view. Dennis, 52, and Lorraine, 53, had died together less than half a mile from their home.

According to the Riverside County Fire Department, their vehicle crashed into a metal gate outside their community at 10:50 p.m. on the 20000 block of Avenida De Arboles. It took firefighters nearly an hour to completely put out the fire, the department said in a statement.

Although the accident took place over two weeks ago, for some reason the story did not make national headlines until this weekend, and one can't help but to ponder the peculiarities of the news report, which leaves out several important details.

For instance, just how fast was Dennis Carver driving? Few people drive at high rates of speed while just a few blocks away from their home. And what type of car was he driving? Rarely do modern vehicles explode into flames after colliding with a stationary object, such as a metal gate. If the Carvers were fortunate enough to live in a swank gated community, there's a pretty good chance that Dennis Carver wasn't flying down the street in a 1978 Ford Pinto with gas tank filled to the cap.


No, in actuality, Dennis Carver was driving a 2010 Mercedes-Benz, according to reporter Gail Wesson of the Riverside Press Enterprise. In other words, a real death trap. When one thinks of a car with cutting edge safety features, few of us think of Mercedes, am I right?

Another report of the crash states:

California Highway Patrol officials say the crash occurred the area of Avenida De Arboles and Palo Alto Lane around 10:50 p.m. Monday as the driver, Dennis Carver, attempted to round a curve in the roadway. Instead, he veered off the eastern edge of the street and crashed the 2010 Mercedes Benz sedan he was driving.

"Vehicle # 1 collided into a metal speaker intercom and two brick pillars where it caught on fire and became fully engulfed," CHP Officer Mike Lassig said in a news release.


We pulled up a street view image of the scene of the accident from Google Maps. Although the brick pillars are not shown (the satellite image was taken in 2007), the metal speaker box is shown. It's that tiny metal thing that looks like a mailbox. Yep, that's what caused a seven-year-old German-engineered luxury sedan to burst into flames. Nothing strange about that. 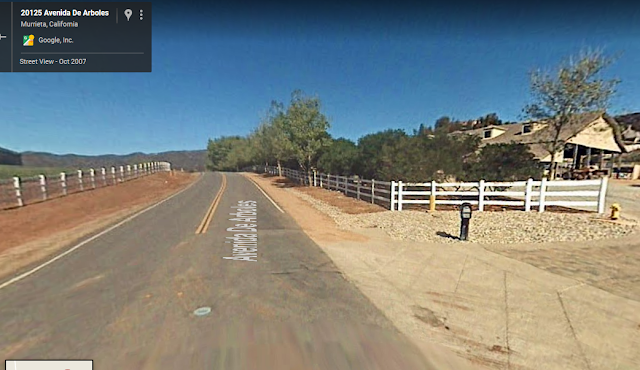 We were curious, so we decided to see if exploding gas tanks were a popular factory option on the 2010 Mercedes, like heated leather seats or a power moonroof. Nope, it wasn't. 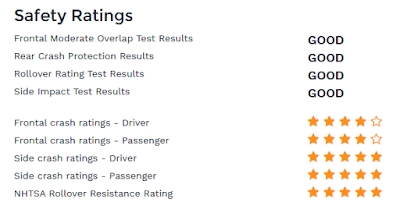 And, as you can see by NADA's safety ratings for the 2010 Mercedes E-Class Sedan, it's a horribly designed accident waiting to happen. Why, you're practically taking your life into your own hands whenever you get behind the wheel on a Benz.

All kidding aside, the only recall notices we were able to unearth for any 2010 Mercedes sedan models were for airbags, and since the Carvers were burned to a crisp a half mile down the road from their home, it's a pretty safe bet that airbags wouldn't have made much of a difference. In fact, try as we might, we couldn't find any other news reports of a Mercedes under 10 years of age bursting into flames. We're not saying that it can't happen-- just that it is pretty darn peculiar.