The 5 Most Improbable Things That Have Ever Happened 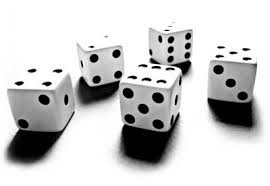 In a classic 1991 episode of Seinfeld ("The Statue"), Elaine argues with a woman named Rava about coincidences. After Elaine mentions a "big coincidence" Rava angrily points out that there is no such thing as a small coincidence or a big coincidence-- just coincidences. "That's what a coincidence is!" Rava insists, which causes Elaine to protest: "No, there are degrees of coincidences!"

While statisticians have been debating ever since whether or not there are "degrees" of coincidence like Elaine Benes insists, most experts agree that coincidences are surprisingly common.

Mathematicians Frederick Mosteller and Persi Diaconis have defined a coincidence as a "surprising concurrence of events that are perceived as being meaningfully related", though neither (unfortunately) expressed an opinion about big coincidences and small coincidences.

History, however, presents several examples of concurrences so mathematically improbable that they seem to suggest that Elaine might have been right. These are (we believe) the five most improbable things that have ever happened.


1. Murder victim selected for jury duty... in his own murder case! 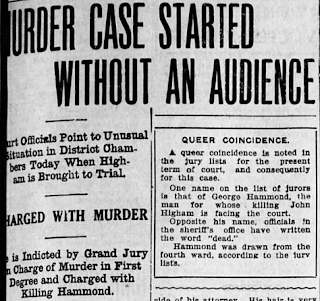 In 1919, a murder took place in Keokuk, Iowa. The victim, George Hammond, was shot and killed by John Higham. The court drew the names of jurors for the trial and one name on the list stood out from the rest like a sore thumb-- apparently, George Hammond had been selected for jury duty-- for the very murder trial in which he was the victim. (Source: Daily Gate Constitution-Democrat, Oct. 14, 1919) 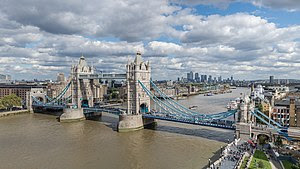 In 1899 a London politician named Frederick Littlewood suffered a stroke in his home. On the same day, at around the very same time, a portrait of Littlewood that was hanging in the council chamber fell off the wall. Four years later, Littlewood suffered an apoplectic seizure and, once again, his portrait fell from the wall of the council chamber. A few weeks later Frederick Littlewood passed away at the age of 73. The day after his death the city council held a meeting, and during the session a framed photograph of Littlewood fell from the wall, the glass being smashed. The odds of such an event happening once are astronomical-- but the odds of such an event taking place three times is beyond comprehension. (Source: The Siler City Grit, November 5, 1913) 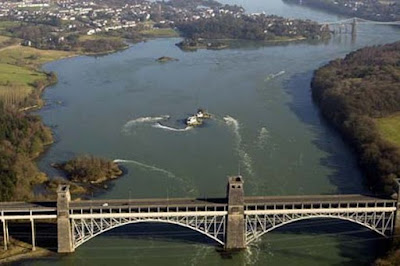 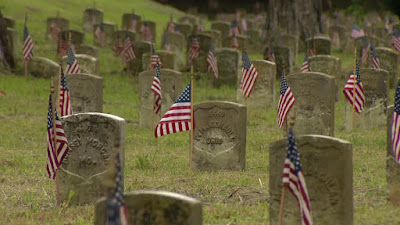 In 1940 a National Guard sergeant named Charles W. Farmer was encamped with his outfit on the Civil War battlefield at Vicksburg, Mississippi. One dark night Sergeant Farmer stumbled over a grave marker on his way back to camp. Much to his astonishment, the inscription on the tombstone indicated that it was the grave of Lieutenant William Farmer of the 81st Illinois Regiment-- a great-uncle of Sergeant Farmer who had gone off to war and was never heard from again. (Source: Pampa Daily News, Sept. 1, 1940)

5. A payday to remember 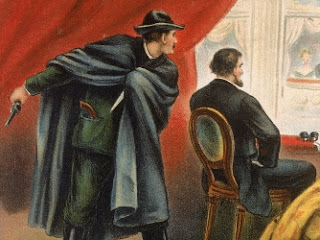 A peculiar occurrence took place on February 12, 1889, inside the Army Pension Office on Canal Street in New York City. In those days, Civil War veterans stood in line at the pension office four times per year in order to receive their quarterly cash benefits. On that particular day over one hundred men stood in line, patiently waiting their turn at the window.

If such an event had happened on any other day of the year it would be uncanny, but what made this particular coincidence so strange is that it happened on a February 12th-- Lincoln's birthday. (Source: New York World, Feb. 12, 1889)
Abraham Lincoln Amazing Coincidences England