Strange Medicine: The man with the leg of a chicken 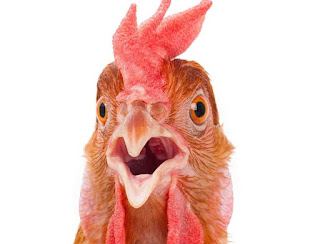 Today, bone grafting is a common medical procedure that is performed every day in hospitals around the world. But long before doctors knew about things such as osteoconduction and synthetic bio-active materials like hydroxyapatite, the science of grafting bone was largely a matter of trial and error, often culminating in strange experiments that sound like something out of a gothic novel by Mary Shelley.

One truly strange medical experiment took place at the Wabash Railroad Company Hospital in Springfield, Illinois, in 1890 and was performed on a patient named John Dougherty.

John Dougherty was employed as a laborer in the Chicago railroad yards. On June 14, 1890, he was moving a pile of lumber when he tore off the skin from his left shinbone. The wound never healed; for several months Dougherty walked around with his shinbone exposed.

Unfortunately, the sore began to spread until it covered most of his left shin. After being examined by surgeons, it was concluded that "bone rot" had set in and that the only way to save Dougherty's leg was to remove the decayed portion of bone. This was done by chiseling it out. Though records fail to state whether ether, chloroform, or other primitive painkillers of the era had been used, this must have been an incredibly unpleasant procedure any way you look at it (as anyone who has ever banged their shin again a coffee table in the middle of the night can attest). The operation was deemed a success and Dougherty was sent home to recover.

However, it soon became evident that something had to be substituted to take the place of the missing bone. Surgeons had an idea-- why not use bone from a live chicken?

A chicken was chloroformed and one of its legs was amputated. After removing and splitting the bone from the leg of the chicken, the raw edge was applied to the living bone in Dougherty's shin. Of course, being that chickens have smaller legs than humans, the procedure had to be repeated several times. According to the New York Times, four chickens were used in order to fill in Dougherty's missing shinbone.

In about four months Dougherty was able to walk without the help of a crutch or a cane, and in the spring of 1891 he returned to work on the Wabash Railroad.