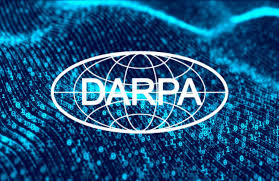 “As of today, signals from the brain can be used to command and control … not just one aircraft, but three simultaneous types of aircraft.” These were the portentous words said by Justin Sanchez, director of DARPA’s biological technology office, at a recent event in Maryland.

Last week, tech editor Patrick Tucker of the Defense One website, reported that the U.S. military's Defense Advanced Research Projects Agency (DARPA) has achieved a breakthrough in telepathic warfare-- or, at least, a breakthrough in the frightening field of brain-computer interfaces, otherwise known as BCIs.

The current breakthrough stems from 2015 research project, in which a paralyzed woman was able to steer a virtual F-35 fighter jet with a surgically-implantable microchip. Earlier this month, DARPA announced that they had improved the technology to allow a user to steer multiple aircraft at once, including drones.

According to Sanchez, the human guinea pig in this experiment was a paralyzed man named Nathan, who-- thanks to BCI-- was able to both send and receive signals from the simulated aircraft.
Defense One reported that the military has been experimenting with brain-computer interfaces since 2007, with DARPA awarding a $4 million grant for the development of a "synthetic telepathy" interface that does not require surgical implants.

In other words, it won't be long until the U.S. military has the ability to destroy targets with nothing more than a fleeting thought. And if that's not scary as hell, we're not sure what is.