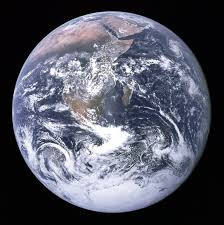 For generations schoolchildren have been taught that the core of the Earth is liquid, while a smaller percentage of non-conformists adhere to the theory that the earth is hollow. Science has now conclusively proven that the earth is solid, confirming the theory first proposed by female Danish seismologist Inge Lehmann in 1936.

According to Daily Mail, Associate Professor Hrvoje Tkalčić and PhD Scholar Than-Son Phạm of Australia National University (ANU) arrived at this conclusion by studying shear waves, or 'J waves', which are produced by earthquakes and can only travel through solid objects. These waves cannot be observed directly, so the researchers had to devise a creative way to detect them.

'We found the inner core is indeed solid, but we also found that it's softer than previously thought,' stated Associate Professor Tkalčić, who added that the core shares similar elastic properties with gold and platinum.


Tkalčić and Pham's research into J waves and the Earth's core can be accessed through Science Magazine.
Australia Hollow Earth science