The Ghost of the Queen City Cotton Mill 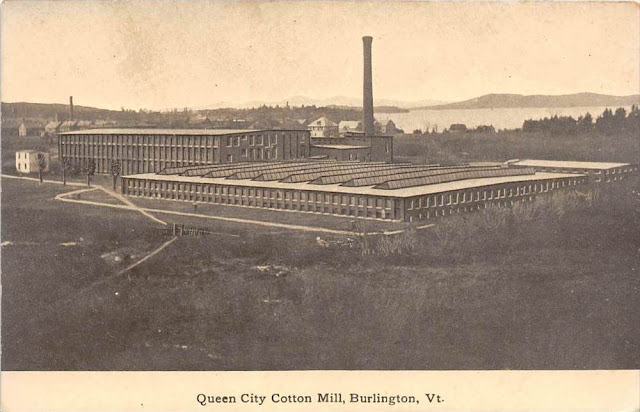 The Lakeside Development in southern Burlington, Vermont, is one of the more interesting listings on the U.S. National Register of Historic Places because it is not a singular structure, but the remnant of a company town laid out in 1894 by the Queen City Cotton Company. The mill, which stood just to the east of the Vermont Railway tracks, was reportedly haunted by the ghost of a young woman named Mary Blair, who was killed by a train while walking to her Lakeside home in June of 1900. According to local legend, both the mill and the spot where she was killed have been visited by her spirit.

One following account of the haunting appeared in national newspapers in November of 1900. 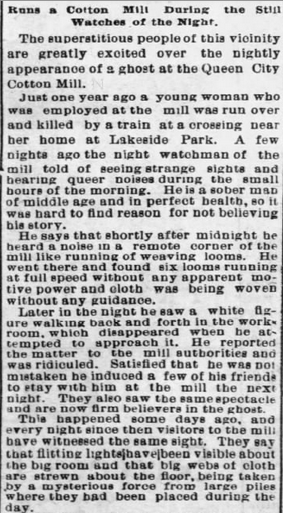 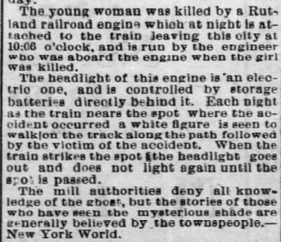 And, for those who are interested, here is the June 30, 1900, article from the Burlington Free Press which describes her tragic death. 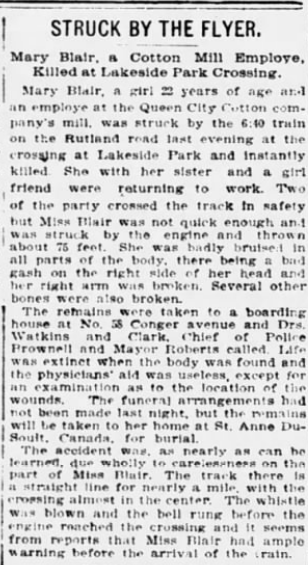