Is Congress Ready to Open Inquiry into Military UFO Sightings? 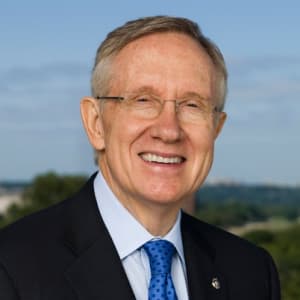 Harry Reid, the retired prominent Democrat lawmaker and former Senate Majority Leader, made a tantalizing admission earlier today during a radio interview with KNPR in which he stated that he planned to discuss the topic of UFO sightings with a current senator, whom he refused to identify by name.

According to Roll Call, Reid's scheduled meeting with "a powerful member of Congress" is intended to create a system by which active duty military personnel can report UFO sightings without fear of retribution or ridicule.

"I'm going to have a call with a member of the Senate in an hour or two where we have people in the military who want to come and tell somebody what they've seen," Reid told KNPR. Reid stated his belief that pilots are afraid to report UFO sightings "for fear that the bosses will think something's wrong with them."

"The facts are, they need a place to be able to report this, and that’s what I’m going to work on in a couple of hours, to make sure that somebody I think is a powerful member in Congress, I want him to be able to sit down and talk to some of these pilots who have seen these things."

Reid, who advocated for increased funding for Pentagon research into UFO sightings during his tenure in the Senate, also told KNPR that he was privy to classified documents pertaining to Area 51.