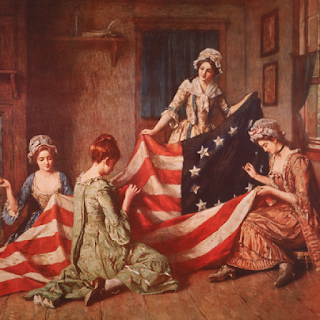 With all of the recent controversy over Nike's decision to pull its sneakers inspired by the iconic Betsy Ross flag-- just days ahead of Independence Day-- there's a pretty good chance that many people are curious about the life of our nation's most famous seamstress. While many parts of the Betsy Ross story have been familiar to us since elementary school, some of the most interesting facts about Ross have been omitted from history books. And so, in honor of Independence Day and one woman's legendary contribution to American history, we would like to present 10 surprising (and surprisingly obscure) facts about Betsy Ross.

1. The original concept called for six-pointed stars... much to Betsy's dismay. 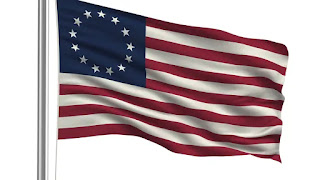 In June of 1776 a group of three Founding Fathers-- Robert Morris, George Ross and George Washington-- paid a surprise visit to an upholstery shop on Arch Street in Philadelphia, hoping to convince the proprietor to design a flag for America. Washington's vision for the flag included six-pointed stars, but the shop's owner-- Betsy Ross-- suggested five-pointed stars instead. Why? Because she did not know how to cut six-pointed stars out of fabric.

This fact was revealed to the Philadelphia Inquirer in 1908 by Ross' granddaughters, Mary Satterhwaite and Susan Satterthwaite Newport, who demonstrated this fact to reporters by twisting scraps of paper and cutting out perfect five-pointed stars "in the twinkling of an eye" with a single snip of the shears, just like their grandmother had taught them. The same technique is not effective for creating six-pointed stars.

2. Betsy Ross became one of our nation's first female entrepreneurs


According to Ross' son-in-law, David Newport, the immediate popularity of Betsy's flag design turned her small, struggling business into an overnight success. Newport stated in 1908: "She was a thorough business woman... After leaving the Arch Street house she moved her business to a place on Front Street, for it had grown to big proportions, she having as many as fifty women working for her." Such an achievement, of course, was quite extraordinary for the 18th century. "Betsy Ross was so successful in her business that afterward she retired, turning it over to Clarissa Claypoole [Betsy's daughter], and spending the last years of her life in Abington," said Newport.

3.  Betsy's daughter ran her mother's business into the ground... on purpose. 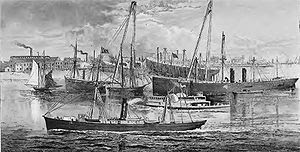 The iconic Betsy Ross flag we all know and love today (except for Colin Kaepernick) was not the seamstress' first foray into flagmaking. Her shop also manufactured flags for the Pennsylvania Navy and other naval fleets of the era. As stated above, Betsy-- who was a devout Quaker-- turned over the shop to her daughter, Clarissa. Clarissa held even stricter religious beliefs than her mother, and she could not stomach the idea of making flags for battleships. She eventually gave up her government contracts, choosing to only make flags for merchant vessels, and the once-thriving business was doomed to failure as a result of her anti-war values.


Betsy Ross was married three times, her third husband being John Claypole, who was a descendant of Oliver Cromwell. Betsy's maiden name was Griscom and her grandfather was Andrew Griscom, who was born and raised in England. When Andrew Griscom came to America he brought plenty of bricks with him from England (as the colony of Pennsylvania did not have any brickmakers at the time) and with these bricks he erected the first brick house in Philadelphia.

5. George Washington had been to Betsy's shop before... to order shirt ruffles. 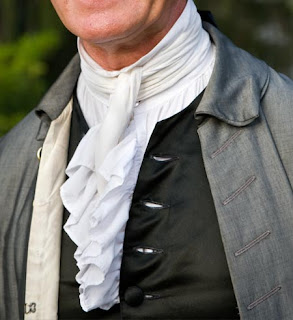 When the Flag Committee comprised of Washington, Morris and Ross paid a visit to Betsy's shop on Arch Street, they did not need to ask for directions because they were all frequent customers. According Emily Ross Perry, a descendant of the famous flagmaker, the men were all big fans of Betsy's ruffles.

"When General Washington first met Betsy she was a sweet-faced seamstress who conducted a dressmaking establishment," explained Perry to the St. Paul Globe in 1898. "She was an accomplished needlewoman, and Washington employed her to make the fine embroidery that was worn as shirt ruffles by the dandies of those days."

Ask any Philadelphian where the Betsy Ross House is located and the answer will inevitably be: 239 Arch Street. Everyone in Philly knows that, right? Actually, there has always been some debate over the true location of the building, which has become one of the most-visited landmarks in the city. In fact, there was a court case in 1900 which attempted to settle the debate.

P.H. Frewen was a blacksmith who purchased a house at 221 Arch Street to use as a shop sometime during the late 19th century. At the time, both the 221 and the 239 houses were abandoned and in a state of disrepair. Frewen sought out one of the oldest residents, Peter MacMahon, to learn about the history of the property he had just purchased. It was MacMahon who informed him that the blacksmith shop was the real Betsy Ross house-- the house at 239 Arch Street was an imposter.

According to MacMahon, when the Centennial Exposition of 1876 was held, a fellow by the name of Charles P. Mund asked the owner of the building if he could put up a sign indicating that the first American flag was sewn there. Legend has it that the man who owned the blacksmith shop at 221 Arch Street also owned a property at 239 Arch Street that was being used as a tavern. Seizing on the opportunity to drive customers to his tavern, the owner removed the sign from the vacant blacksmith shop and displayed outside of his saloon instead. The rest is history. Since P.H. Frewen could not provide any documentation of this mix-up (other than the word of a local old-timer), the court ruled that the Betsy Ross House is located at 239 Arch Street... even though this may actually not be true.