Did Jeffrey Epstein Fake His Own Death? 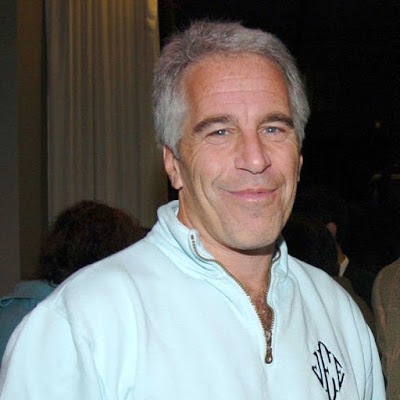 We've delved into a lot of conspiracy theories over the years, so when the purported suicide of uber-wealthy financier Jeffrey Epstein broke on Saturday morning we contemplated weighing in on the issue, but held off for a number of reasons... the most obvious being that, well, it was just too easy.

Whether you're a Democrat, Republican, Communist, Libertarian-- or something in between-- there's a pretty good chance you have your own suspicions about what happened inside Epstein's cell at the Metropolitan Correctional Center in New York. Also, we're really not big fans of being demonetized by Google (again) for expressing our controversial opinions (Sandy Hook, anyone?). The last time Google Almighty smote us, our revenue stream went from Niagara Falls to the feeble urination of a man with a prostate the size of Chris "Fredo" Cuomo's temper. But we digress.

While most conspiracy theorists are debating whether Epstein was murdered by a pro-Clinton or pro-Trump henchman, we're more fascinated by an alternate theory-- that Jeffrey Epstein used his wealth and influence to escape from prison by faking his own death.

While this theory may seem far-fetched, once we have presented our argument, we think you'll agree this theory is far more plausible than Hillary Clinton dressing up as a janitor and whacking the governor of Pedophile Island when a guard had his back turned, and then slipping out the back door undetected.

So how could this scenario have played out?

Obviously, such a daring caper would require a great deal of planning. All great prison breaks start with weeks, if not months, of careful observation by the prospective escapee. The inmate must carefully study the habits of guards and prison personnel. He will memorize shift changes, which guards are on duty at which time, and, most importantly, which members of the staff can be bribed or bought. This happens all the time in correctional institutions; most contraband is smuggled into prisons not by inmates or visitors, but by prison personnel themselves. Considering that being a correctional officer is a job that comes with high risk and low pay (the average starting salary of a prison guard is under $27k a year, according to PayScale.com), there is no shortage of underpaid correctional officers who would gladly risk their own necks for a hefty payday.

According to the Wall Street Journal, Epstein claimed a net worth of $550 million when he sought to be released on bail after his arrest. Most experts agree this is a gross understatement, with some sources claiming that his actual wealth may be closer to $2 billion.

To put even this low-ball figure of wealth into perspective, Epstein could promise to double the annual salaries of 10,185 prison guards, and still have over $110 million left over. With numerous media outlets reporting that Metropolitan Correctional Center staffers are underpaid and overworked (with some guards allegedly putting in 80-hour work weeks), surely there would be plenty of takers if Epstein wanted to make such an offer.

Earlier today the AP reported that guards are suspected of falsifying log entries to show they were checking on inmates every half hour, even though they weren’t, and surveillance video showed that some guards never made some of the checks noted in the logbook. Obviously, these are employees who were not exactly committed to their jobs.

After identifying and recruiting his conspirators, it must have become obvious that, in order to fake one's death convincingly, one must actually appear to be dead. Fortunately, there are several drugs that can mimic death. Of particular interest to somebody wishing to pull off such a feat is a drug called baclofen, which is a central nervous system depressant and muscle relaxant that slows vital functions to a standstill. The most fascinating aspect of baclofen is that its effects are immediate, and once the drug is eliminated from the body, consciousness returns... with no harmful side effects.


In 2018, medical experts in Turkey were baffled by the case of a teenage girl who, by all accounts, was clinically dead. Upon arrival at the emergency room, the teen was apparently braindead, scoring a 3 on the Glasgow Coma Scale (this describes a patient who does not open their eyes, makes no sound, has no brainwave activity and is incapable of motor response). The following day, an electroencephalogram revealed faint,"significantly lower than normal" brain activity. On the third day, the girl made a full recovery, without any signs of lingering effects.

This wasn't an isolated incident; in upstate New York a 40-year-old patient was declared dead and was just about to have her organs harvested when, after 5 days of "lifelessness" she awoke. This case was published in 2012 by National Center for Biotechnology Information.


In both instances, world-class physicians were baffled and fooled into believing that their patients had died. They ran every battery of tests available trying to find the answer, and it took several days before the best medical experts in the world figured out that the culprit had been baclofen overdose.

As for the cost of the drug, a course of baclofen costs a mere $25. Jeffrey Epstein could have purchased the world's entire supply if he wanted to, and how many prison physicians would be able to recognize a baclofen overdose? There's a pretty good chance most have never even heard of the drug.

Whether or not Epstein paid off a prison physician is irrelevant. The baclofen-- smuggled into the prison by a guard on the take-- would have duped even the most experienced jailhouse medic. Prison infirmaries are pretty basic affairs. They are not centers of cutting-edge biochemical research, and most prisons are lucky to have primitive x-ray machines, much less state-of-the-art laboratories.

In order to escape, Jeffrey Epstein wouldn't have needed to tap into his vast fortune. All he would have needed was $25 and a guard willing to smuggle a few pills into the prison.