Is CBD oil the biggest scam in American history? 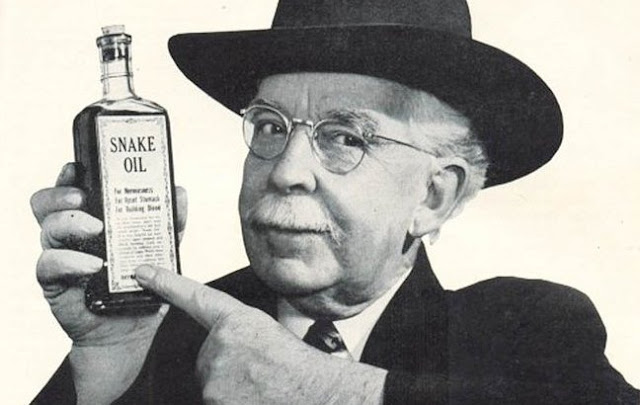 Earlier today, while driving to work, I passed six signs in front of various stores hawking CBD oil-- that so-called miracle supplement that can supposedly do everything from relieving pain to improving sleep to treating depression. Considering that my drive to work is scarcely more than ten miles of rural highway (not to mention the fact that I also live in a state that has yet to legalize recreational marijuana), this gave me the impression that CBD oil is being sold in virtually every convenience store, truck stop and vitamin shop in America.

My hunch appeared to be correct; according to CNBC, retail sales of CBD oil have already exceeded $2 billion annually and are expected to reach $16 billion by 2025. With pure CBD oil currently averaging around $140 for a 1,000mg bottle, this means that around 11.5 million bottles will soon be sold each year.

This got me thinking: How much cannabis would have to be grown legally in order to produce 11.5 million bottles of CBD oil?

Cannabidiol (CBD) is one of thirteen phytocannabinoids in cannabis plants, and accounts for up to 40% of the plant's extract. After extraction, the end product is a combination of cannabinoids, terpenes, oils, waxes, lipids, proteins and other plant material. Although industrial hemp contains CBD, the amount is so insignificant that it is not profitable to use in the manufacture of CBD oil. For instance, CNBC recently reported that one strain of certified industrial Canadian hemp produced an average of just 0.6% CBD. In other words, in order to be a profitable venture, a company selling CBD oil would need to use only the highest-quality cannabis.

While the oil content of cannabis varies from strain to strain, it appears that, on average, it takes roughly 7.7 ounces of cannabis plant material on order to extract 1 ounce of cannabis oil, of which approximately 40% will be CBD.

Next, let's examine the amount of cannabis that is presently being grown in America (legally, that is).
Although it's difficult to answer this question with absolute certainty, the folks at Growers Network (one of the leading producers of high-quality information on the cannabis industry) took the time to figure out the answer to this question in March of 2018. Based on several sets of assumptions and a variety of data points, they were able to come up with an estimation factoring in tax revenue, average price-per-pound, and pounds produced per square foot of canopy. Using these methodologies, they place the annual U.S. production of cannabis to be 4,681,700 pounds.

While 4,681,700 pounds of cannabis may seem like enough to extract a seemingly endless supply of CBD oil, we must consider one very important fact-- 61.33% of all cannabis grown is smoked, vaporized or turned into baked goods and gummy bears. Only the remaining 38.67% can be used for other purposes. I arrived at this figure by extrapolating the 2018 data compiled by Colorado's Marijuana Enforcement Division, Substance Abuse and Mental Health Services Administration, National Survey on Drug Use and Health, and the Colorado Behavioral Risk Factor Surveillance System. According to this data, 750,000 pounds of cannabis were sold legally in the state in 2018, of which 460,000 pounds (61.33%) were smoked or ingested.

So now can estimate that, of the 4,681,700 pounds of cannabis that are grown annually, 2,871,286 pounds are smoked, vaporized, or ingested. This leaves only 1,810,414 pounds remaining for the manufacture of CBD oil. Based upon average extraction yields (7.7 ounces of plant matter for 1 ounce of oil), we can further determine that 235,118.7 total ounces of oil can be extracted from whatever cannabis remains unsmoked or uningested. And by using the extremely generous assumption that only the highest-quality cannabis (with a 40% CBD content) is being used instead of industrial hemp, this means that-- under the very best of present conditions-- only 94,047.48 ounces of pure CBD oil can be produced annually. This translates into 2,666,201,197.35 mg of pure CBD oil. If packaged in 1000mg bottles, this means that only 2,666,201 bottles can be produced.

I've already encountered ads from one manufacturer of supposedly "pure" CBD oil who claims to have sold over a million bottles!

This, of course, suggests that a giant scam is afoot. Considering that you will easily find over thirty different companies selling CBD oil online-- nearly all of whom claim to sell hundreds of bottles every day-- its safe to assume that there are either vast million-acre cannabis fields being grown in secret, or that the bottle of CBD "miracle potion" you bought for twenty bucks from your local Sunoco station is nothing more than modern-day snake oil.
alternative medicine cannabis CBD oil health and medicine hoaxes marijuana scams