The Woman with the Glowing Breasts 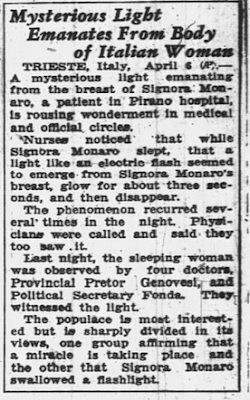 This unusual story appeared in the York Dispatch on April 6, 1934.
Italy Strange History