The Legend of the Lone Tree of Guston


Merry old England is the birthplace of some of the world's best-loved legends. While the stories of King Arthur and Robin Hood are known throughout the world, some of England's lesser-known myths are just as imaginative, such as the legend of the Lone Tree of Guston.

The quaint village of Guston, in the district of Dover, lies a stone's throw away from the Duke of York's Royal Military School. Established by royal decree in 1801, the institution was founded to provide an education to the orphans of British soldiers who were killed in the Napoleonic Wars. Because of its rich history, the school has many notable traditions and customs. It also has an equal number of legends attached to it, which have been handed down through the centuries and have become as permanent a fixture in Guston as the Swingate windmill and Hangman's Lane. 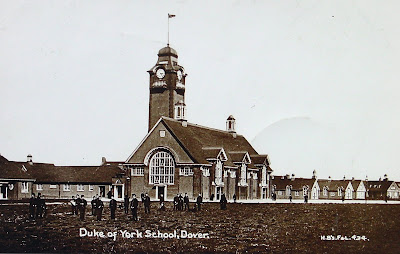 According to legend, a regiment of soldiers was stationed at Dover Castle in 1784. One of these soldiers, a young Scotsman by the name of Donald MacDonald, had fallen madly in love with a girl from the village of Guston. The problem, of course, was that one of his comrades had also fallen in love with her. One evening, as Donald was walking along the bleak and barren landscape of Guston, he saw from a distance two figures walking hand in hand across a field. As Donald drew nearer, his heart sank when he saw that it was the girl he loved and his rival suitor.

Though the night was dark, the moon illuminated their amorous embraces, and the desolate landscape carried the titters of their laughter to Donald's ears. Overcome with rage and jealousy, Donald snapped a heavy branch from a hedge and pursued the girl from Guston and his comrade-in-arms.

After kissing the girl goodnight, the soldier set off for the castle, with Donald stalking him in the inky shadows. When the soldier stopped to rest near the present-day site of the military school, Donald came up from behind and beat his comrade to a bloody pulp, leaving him for dead on the side of the road. Suddenly gripped by remorse and disgusted by what he had done, Donald hurled the club, and, like a javelin, it embedded itself in the soft earth.


In the morning, the regiment marched out of Dover and no one seemed to notice the absence of one of the soldiers. Donald was convinced that he had gotten away with murder, and for many years he said not a word about what he had done. One day, Donald found himself traveling on the very same road upon which his regiment had marched, and as he approached Guston he could not contain his curiosity and he felt un uncontrollable urge to visit the scene of the ghastly crime.

To Donald's utter amazement, he discovered that the stick he had flung into the ground had taken root and had grown into a tree. He was certain this had to be the case, for the windswept landscape had been bleak and barren the last time he was there. He continued on his journey, but his guilt got the better of him. Upon reaching the village of Montrose he confessed his crime to a local minister who, in turn, notified the town clerk of Dover, John Shipdem. As it turned out, the man Donald had beaten and left for dead years earlier had managed to survive the brutal assault. Because the man was away on a long sea voyage and could not testify against him, Donald was never punished for his crime, and he died in 1843 at the age of 94.

Although no murder was committed, the branch that grew into a tree still stands and has come to be known as the Lone Tree of Guston.